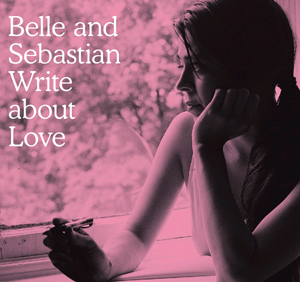 I remember sitting on the edge of a friend’s questionable and crusty bedspread watching a collection of exciting new scene videos around the time when higher production values didn’t necessarily mean higher costs or higher creativity, and asking the owner of these foul sheets the following question: “mate, are skate videos ruining Belle and Sebastian or are Belle and Sebastian ruining skate videos?” Thankfully, that question isn’t at all relevant now regardless of what the early PWBC episodes may suggest but one thing was for certain, the Scottish band then were becoming a little too twee and to an extent obvious and annoying. Many of us had grew up associating with their pure honesty and irreputably superb songwriting abilities reminiscent of that ‘golden’ era or whatever you want to call it, and to see them actually turn the volume down themselves and fade into clichés of clichés of clichés that even critics couldn’t keep up with was somewhat upsetting. So here we are, four years after their last album which had that shitty little frog song on it (ok, I like it, whatever, but it’s very silly), and with Write About Love it seems that the band have returned to their original maturity with such grace I feel bad for ever doubting them.

Album opener ‘I Didn’t See It Coming‘ more or less argues my own reaction for me in the title. It’s a stunning piece of work, from the shimmering keys to the hopeful drums to Sarah Martin’s sudden and uplifting vocal to intelligent, honest, emotional lyrics that are peppered perfectly across this shiny disc of wonder and aural nostalgia. All the cutesy nonsense that made a certain writer on this very site pen work with an equally cutesy and lame pseudonym has been replaced with something human, something longing and something all fans of tremendously crafted music can relate to. So please, video editors out there, don’t ruin this one. It’s an album that works without any additional context, and that’s a bold statement to be made about any album in the consumer-heavy infomoretion generation. Brilliant, brilliant stuff.