‘The Redemption of…’
Overground Records 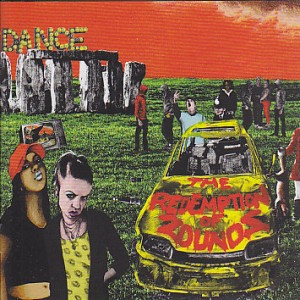 Well this was a surprise… I had no idea that Zounds had a new album in the works.

With a legacy that dates all the way back to the early Eighties, and a handful of cracking releases on Rough Trade and Crass, Zounds were strictly on the Anarcho-side of the divide. Never that prolific, theirs, and founder/songwriter Steve Lake’s solo outings, has been a strictly intermittent operation – a less is more situation (if you will). I last saw one of these rare gigs at the tail end of last year, in the close confines of Brighton’s autonomous café The Cowley Club, and they nailed a righteous set that had an enthused crowd of local punkers and agitators jumping and singing in raucous appreciation of the infectious music, and stirring messages.

So, I was keen to hear this album, as I’m sure a few new numbers were aired that night at The Cowley. Jeez, as a result, I’ve been playing this disc end-to-end repeatedly. A total grower. All the key Zounds components are present; sparky guitar lines and sharp melodies to Steve’s passionate and sardonic vocals. The opening number “Cry Genie Cry” and its accompanying Bowie lifted riff, has Steve lamenting that he “still don’t know what he’s supposed to be”… oh I know that feeling, I really (really) will work out one of these days what I want I’m going to do with my life… a quandary I’ve been in for the last… err… 30 years, ack! Elsewhere, Steve interjects on a world consumed by consumerism, civil liberties being squeezed, humanitarian crisis, and war… fuckin’ war, and why we’d be better off making love, man. And that’s Zounds in essence, dreaming of a more peaceful world, I can’t argue with that…fanciful thinking perhaps, but we all need something to hang on to.

A fine piece of work!