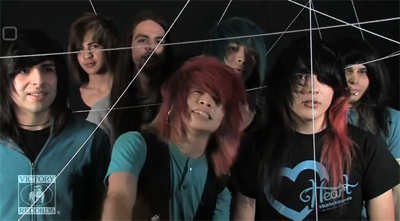 It’s a mystery how this band have been signed by a record label but it has happened somehow.

The Warriors
See How You Are
Victory Records 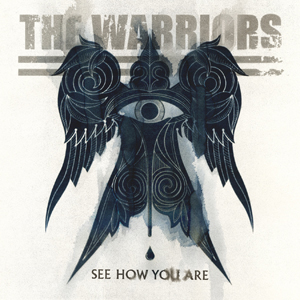 The Warriors are one of those unsung-heroes-of-the-hardcore-scene type of bands. This latest album will be released to little/no fanfare, yet it is undoubtedly top notch heavy music. 2007’s Genuine Sense of Outrage was full of crunching riffs and guttural vocals married together with a certain groove that was unmistakably The Warriors.

First impressions of this latest album are that it’s not quite so obviously beefy in sound. There’s a bit more variety here and an intriguing approach to guitar riffs that’s less straight-up to the band’s previous work. The jagged guitar work often takes unexpected turns whereas the band may have taken a more predictable route in the past.

The Warriors are definitely one of those bands who straddle the two genres of Metal and Hardcore. But referring to them as ‘Metalcore’ just seems wrong, seeing as the term has been sullied by so many poor quality efforts from bands who warp both genres and water them down with no regard for their potential power. The Warriors seem to get it just about right with the pummeling hardcore drumbeats and gruff vocals coupled with some pure metal goodness in the guitar inventions. Another genre that springs to mind when listening to See How You Are but also seems somewhat wrong to apply here is nu-metal. Don’t let that put you off. It’s just a tinge in the band’s sound that is perceptible every now and again but actually makes for an interesting facet amongst the technical guitar riffs and raging vocals.

The production on this record is infinitely more raw than it was on Genuine Sense of Outrage giving the impression that the band are really getting back to their roots and are intent on kicking out rough and ready anthems rather than polishing every element of production.