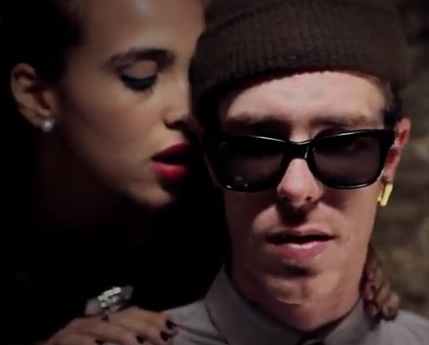 Skaters may remember Trouble Andrew from his various deck collabs or even his reputable cover version of Eight Dayz’ classic track What’s So Strange About Me. That version lurked on the end of his last album and was originally featured on the 80’s Santa Cruz video ‘Wheels Of Fire‘ where Natas took skating to a whole new level.

For those that didn’t know that or are wondering what the hell I’m talking about here, Trouble Andrew used to be pretty tasty on a snowboard until he injured himself and turned to making music. After hooking up with artists and producers such as Lil Jon, Amanda Blank and Diplo to name a few, Trevor Andrew made an album of electro/indie pop that has been played on the Crossfire Sound System playlist since it dropped, namely the tune Bang Bang which featured Santigold.

This week, the Canadian born musician has released a video for new tune Adorable that is a dose of infectious 80’s pop that mixes influences from Billy Idol, New Order to The Faint. Watch the video here and look out for album Dreams of A Troubled Man album that is coming soon.