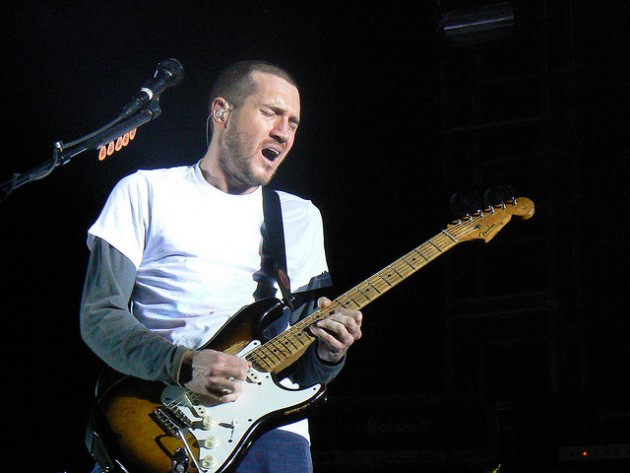 Despite having left his guitar behind in recent years to take a stroll down ambient lane, John Frusciante has revealed that he will no longer make music for commercial purpose or public consumption.

Following his split from Red Hot Chili Peppers in 2009 Frusciante released a number of electronic albums, but recently admitted he felt that “at this point, I have no audience” in an interview with Electronic Beats.

“For the last year and a half I made the decision to stop making music for anybody and with no intention of releasing it“, Frusciante explains. “I felt that if I took the public into consideration at all, I wasn’t going to grow and I wasn’t going to learn.”

“At this point, I have no audience. I make tracks and I don’t finish them or send them to anybody, and consequently I get to live with the music. The music becomes the atmosphere that I’m living in. I either make really beautiful music that comes from classical, or I make music where the tempo is moving the whole time, and there’s no melodic or rhythmic center.”

Frusciante’s last public venture came under the guise of Trickfinger, who he released a debut album under the same name as on April 7th. Hear John’s last cut below.