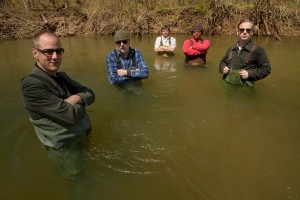 Tortoise have announced they’ll be hitting the UK as part of a run of European dates.

The band will play Field Day on June 6th in amongst sets in Norway and Spain. In addition Thrill Jockey will be reissuing their first two singles as part of Record Store Day [April 21st], as well as six albums throughout 2012. Here are the details: