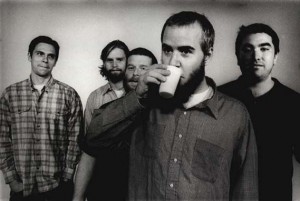 Grandaddy are to release a deluxe edition of their seminal album The Software Slump.

Originally released in 2000, the album’s new edition will feature two discs. Disc One is the original album as everyone knows and loves it.

With so many extras, this is no ordinary re-issue, so get on board. It is released on Universal/V2 on August 22nd.