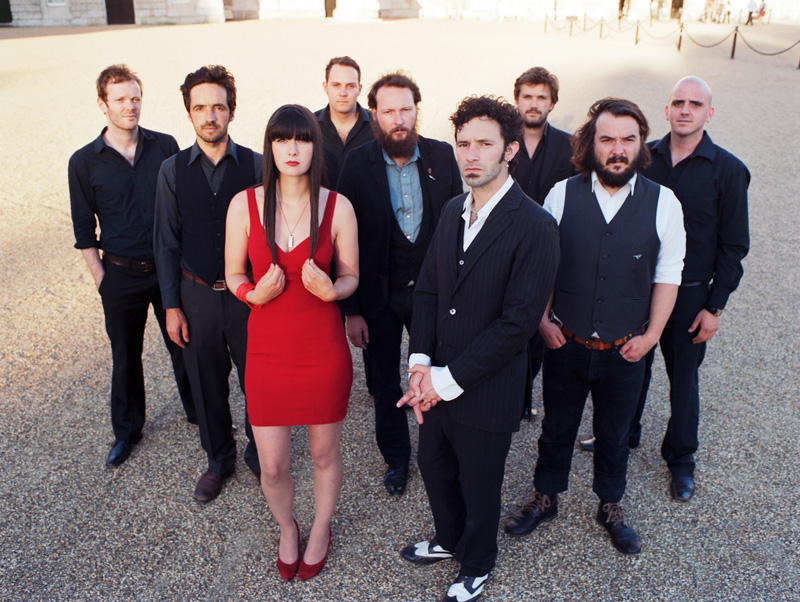 Tonight, the concept of music as a form of catharsis is made flesh in a darkened room in Hoxton. Steve Smyth may only be armed with an acoustic guitar and an impressively straggly beard, but he also seems to have a fair few inner demons to exorcise, and they’re not gonna come quietly. Alternately strumming and savaging his guitar, his Jekyll and Hyde approach to performance is just what we need to shake us out of our post-work slump.

With her debut album yet to be released, Alice Gold is already dividing opinions like Marmite, but tonight she makes a convincing case for being one to watch. Coming across like PJ Harvey’s angelic-looking little sister, her full-throated wail and raw, psychedelic guitar sound can’t hide the fact that ‘Runaway Love’ and ‘Orbiter’ are pretty catchy tunes.

The Bookhouse Boys (eight guys, one girl) both sound and look like something out of a Tarantino movie; most of them smartly dressed in black, and peddling a deliciously dark surf sound that incorporates a mariachi-esque brass section and bursts of squalling guitar. They sound impressive enough on record, but live, songs like ‘Dead’ and ‘I Just Can’t Myself’ are lent a stronger sense of ferocity and drama; Catherine Turner’s cold croon a contrast to her co-vocalist (and guitarist) Paul Van Oestren’s impassioned howl. He sounds like he has a fair few tales of liquor-stained hell weighing heavy on his conscience, and tonight we are the congregation for a myriad of confessions set to song. Truly, Nick Cave would be proud.

Just as we think we have them pegged, they crowd around the microphones for some acapella six-part piece harmonies, on a song from their recent second album ‘Tales To Be Told’. Lazy comparisons will be made with the Arcade Fire, but The Bookhouse Boys are coming from a much darker place, and sound all the more enthralling for it. With packed performances like these, you get the feeling that venues the size of the Bar & Kitchen could soon be very much behind them.