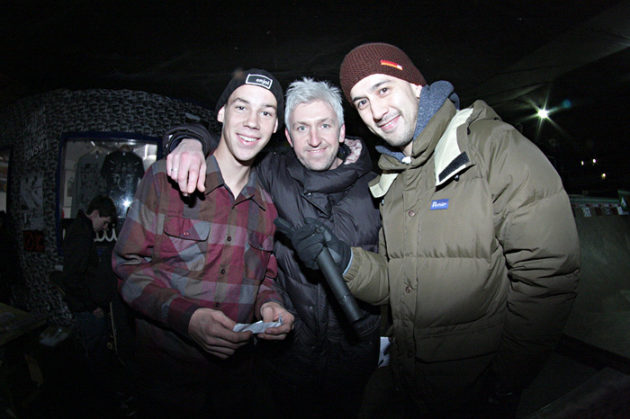 It’s with a heavy heart that we, like you, are having to deal with the news of Ben Raemers‘ death. The news only broke 36 hrs ago but already tributes are pouring over the web from those who met him, skated with him and vibed off his wonderful presence.

We are pretty blown away to wake up to video tributes already.

Rob Mathieson and friends worked tirelessly to complete this incredible tribute at Victoria Park where Ben conquered the cradle gap.

❤️❤️🌠❤️❤️ Ben you proper Rodney Plonker! Look how many people love you. . I can’t tag everyone but thank you so much to everyone that came down and helped me today. I love you all. . **Also it took a bit of a debate with the park to let me do this today. Please if you visit don’t add anything. Even messages to Ben. I wasn’t allowed to leave one myself. It may make them remove it.**

Ben was filmed in so many countries over the years that there will be absolutely loads of footage out there dating back to when he was a tiny Essex lad destined for success at the highest levels.

It’s too early to delve into why he has left us but when the time is right, it’s worth discussing to help others, but for now take in another video tribute that popped up in our feed today and cast your mind back to how much this guy brought to skateboarding.

Rest in Peace, Ben. You are sorely missed already. x