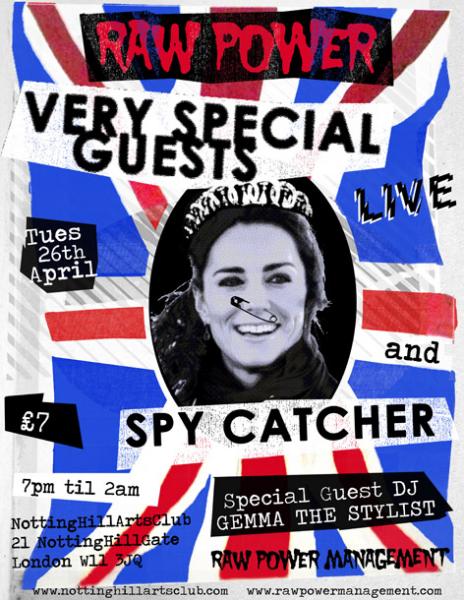 Gallows are an excellent live band in any scenario. However, if you’re going to pick any setting to see them in, the small ones are where they thrive. Notting Hill Arts Club didn’t know what had hit it as Gallows unleashed their unique punk carnage for their management company Raw Power’s second monthly club night. Reeling off masterful versions of tracks from Orchestra of Wolves and Grey Britain, Gallows became one with the crowd with Frank and Steph even popping round the corner of the venue to instigate a sort of circle pit which inevitably involved a flurry of bodies colliding.

It was hot and sweaty. The band were in jovial spirits. And the amassed crowd lapped it up. The venue was so full that there was a stack of people peering round from the other part of the room with barely a few of Frank’s ginger noggin. A rendition of London Is The Reason, re-named Raw Power Is The Reason and traditional closer Orchestra of Wolves had everyone shouting along. A typically rowdy Gallows set in just the sort of place this band are made to command. It’s just as well this band aren’t going anywhere anytime soon. More please.