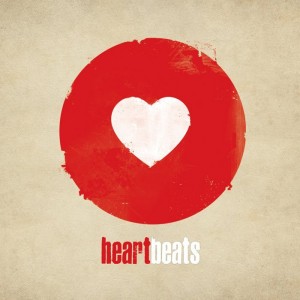 The tragic situation in Japan needs no introduction. However, the on-going problems and recovery process are among many ideas that may not have fully sunk into your minds and so the urgency of our action to help those in need cannot be stressed or emphasised enough. Any perspective needed is right there in front of us: we have it pretty easy in this country and I’m sure many of us will settle for a few days of sunshine amidst moderate grey skies every year in exchange for not constantly being under mortal threat from the planet we live on. Every little act really does help, so it’s reassuring to see so many musicians thoughtfully utilising their positions to raise awareness and support the recovery process.

One of our favourite producers, Submerse, has teamed up with Andy Bee and Toby ‘Price’ Godwin and spearheaded a music project with the sole purpose of raising money for Japan. It’s a great simple idea that’s already gained wide support from producers and musicians across the world and is very worthy of your attention, not just for the cause it represents, but for the staggering amount of goodness packaged inside.

The first compilation (unmixed) has been hand-picked from an enormous range of submissions by Submerse and co. and is due to feature cuts from Phaeleh, Dj Madd, RSD, Donga & Blake, Submerse, Price, Resketch, Whistla, Rrritalin, Duncan Powell, Sclist, Sentinels , VVV, Klaxons (a previously unheard official remix from Steve Aoki!), Indigo, Blnd!, Valta & Minikin, Sines , Opti, Von D, Littlefoot AND more. This is no slapdash compilation of b-sides. This is the real deal, for a very real cause. For just a fiver you’re getting 20 fresh cuts of delicious tuna and 100% of that fiver will go straight to the Red Cross in support of Japan’s recovery from the tsunami disaster that occurred last week.

Have a listen to the official Soundcloud set below which features some very notable selections (some of which have long been overdue a release…) including VVV’s deep, deep, deeeeeeeep and cavernous, Burial-like ‘No Longer’ and an extra special cut from Submerse himself. ‘I’d Rather Have You’ is an emotional, string-driven future garage gem that blissfully wanders through similar territories occupied by some of his biggest tunes (‘Hold It Down’, ‘OVA’ – both hugely recommended of course) and is guaranteed to sit well amongst the rest of the tunes from a stellar range of artists who are all at the top of their game. Show your support for this one.