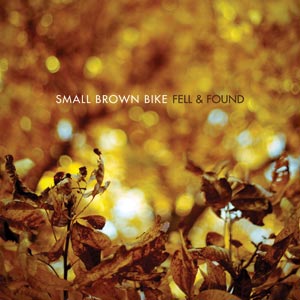 As massive fans of Small Brown Bike, ‘Fell & Found’ is one of our most anticipated releases this year. So excited were we that initial listening to this, the band’s first album in eight years, left us feeling slightly underwhelmed. It seemed that this progressed version of the band had more in common with the gentler La Salle (a former project of SBB’s Dan Jaquint, Mike Reed and Reed’s wife). It’s true that this is a more chilled out SBB. However, that jagged edge of riffs and raucous double vocals that made them such a cult favourite are still present, just a little less in-your-face for the most part.

So ‘Fell & Found’ is rather more a slow burner than the likes of ‘River Bed’, ‘Our Own Wars’ and ‘Dead Reckoning’, but we can’t exactly blame the band for that. Of course they are not going to be exactly the same in their musical inclinations almost ten years after their last outing. What we have with this new album is a much broader and carefully considered album with even the use of keys on ‘Just Bones’. Yes, it’s slower in some senses but this record is just as intense as the band’s previous offerings once you have lived with it for a while.

As proper grown-ups with proper jobs, the band don’t have much time for touring now but we can only hope and pray that they will make it over to UK shores in the end. There are many who will be waiting with baited breath for their appearance on the live circuit.