Punk rock in the late 70’s was said to have come from the UK. The Sex Pistols claimed the tag at that time and propelled the image of bored, rebellious youth as we know it. Looking back to the roots of this anarchic disposition it’s easy to pick up on the fact that their influences and many other household names we know today from the punk genre such as Iggy Pop and The Ramones to name just two, took their inspiration from the garage rock scene that spread through the suburbs of American youth culture in the early 1960’s.

Back then rehearsal rooms and studios were not a luxury like in today’s cities, so setting up your gear in the family garage, shouting the odds through a microphone and making as much noise as possible was the order. That spark, that uprising brought Garage Rock (also known as Garage Punk) into the underground, ignited by a network of bands taking their pre-rehearsed tracks into local venues and releasing 7″ records to reach others in different areas and quite literally exploded as the sound of teenage rebellion.

This sonic throwback of the surf rock scene spawned one of the best bands of all time from Tacoma, Washington called The Sonics and knowing that they were in town for the Meltdown Festival curated by The Kinks frontman Ray Davies, Alex Penge hooked up with Rob Lind (saxophone and vocals) and Larry Parypa (lead guitar and vocals) before the show at the Mint Hotel in London to find out more about the band who are said to have kick started the ‘punk’ movement.

Welcome to London. Are you looking forward to your upcoming show at Meltdown with Wire?

Have you met Wire before? Have you played any gigs with them in the past?

Rob: No, we’re aware of Wire’s great reputation, but we have not heard of them.

Larry: …which is why when we went in there (for the sound check) and adjusted all our amps for them. So it wouldn’t sound like crap!

Tell me more about the Washington garage rock scene where it all started off. Apart from The Wailers (your manager, Buck Ormsby’s band), were there any other bands that fell under the radar?

Rob: The Pacific Northwest which that area is called was a real a hotbed for rock and roll bands. There were lots of good bands. Lots of good people came out of there.

Rob: Well The Ventures did have a great reputation and a lot of worldwide hit records when we were young guys starting out. We liked their music. There was another band called The Frantics.

Rob: They were killers. They were real good. But they didn’t really get much notice outside the local area.

You were famous for your pioneering recording techniques and arguably influenced a generation of garage rock revivalists. Did you at the time think that this technique was going to catch on and influence a lot of people?

So it all started off just trying to get the record out in the first place?

Larry: Well it’s a standard, you know. We played live essentially. It wasn’t like each person had their own track and if they made a mistake they could redo their bits. We just went in there and usually did the band all at once. Then the vocals would top it off later.

Rob: It was a two-step recording process. Step one would be to roll the tape. Step two would be to play.

Rob: Those recorders were in a variety of different recording facilities. We’d go in the studio and whatever was in there we’d use.

Larry: I think (the recording) of ‘The Witch’ was in a radio studio where they cut the ads and somehow gave us the room to record. It wasn’t in the real recording studio I remember?

Rob: “Go in here boys and knock yourselves out!”

Were there any other cover songs that you were thinking of covering for the ‘Here Are The Sonics’ album that eventually never made the cut?

Rob: No, I don’t think so. ‘Leave My Kitten Alone’ (by Little Willie John) wasn’t on that album but we liked that song a lot. We don’t play that song anymore. Half a dozen songs that we played regularly on those albums we don’t even play now. We also have a new record with four original songs and we’re playing those in our sets now.

What was it like sharing stages with bands such as The Beach Boys and The Shangri-Las?

Larry: It would be interesting if you asked The Shangri-Las what they thought it was like sharing the stage with us. We really screwed them over. They were doing their own tour and we were doing our own tour. Somehow an agreement was made that we were going to back them up in their songs. I don’t know why, but we didn’t learn their songs and it didn’t turn out too well! They still remember that.

Rob: We probably appeared with The Beach Boys more than any of the other big acts. We got to know them pretty well and saw them a lot when they came to the Northwest.

Larry: I think The Kinks was my favourite act to play with. I was most impressed with them.

Rob: I’d have to agree with that too.

Larry: I remember they were wearing a lot of black, they had a sinister sound and they were moving. Those guys were really something!

Rob: Back then the state of popular music in the States was really anaemic. We were up in the Northwest playing hard. I remember one day I was in my car driving down the street, I didn’t know who The Kinks were as they weren’t famous at the time and someone on the radio said, “…here’s a new record from England”. [Rob reinacts the opening of ‘You Really Got Me’]. I heard that and almost ran off the road! We all got on the phone together, “…did you hear what those guys from England are doing?! Holy cow!” After that we learnt a bunch of their songs. We loved them. 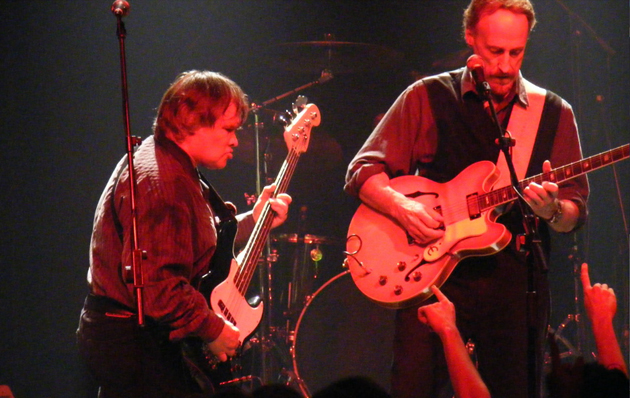 So, was it an honour meeting Ray (Davies)?

Rob: It was. We did a short tour with them when they came to the Northwest and met them at the Spokane Coliseum back in the dressing rooms. I want to choose my words carefully here. There were a numbers of large acts (and we played with most of them at one time or another) that were good in the studio but when they played live they couldn’t hold their end up like they could in the studio. The Kinks were probably even better live than they were in the studio. That’s why we liked them so much. They were great. We thought that “those English guys are just like us”!

Over the years there have been many covers of your song ‘Strychnine’ ranging from the likes of The Flaming Lips to The Cramps to The Fall. Which cover would you say is your favourite? 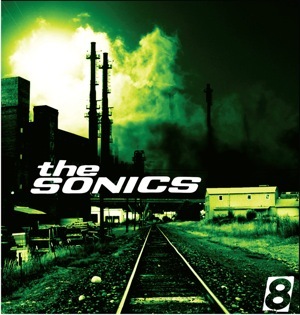 How was the recording process for your new EP ‘8’? Are there any plans for any more future releases? An album release maybe?

Larry: All we have to do is get together and work them out in one recording, we just haven’t done it yet and haven’t tendered to business really. We used that particular studio (Sound House studio, Seattle) and recording engineer (Jack Endino, who worked with Nirvana, Mudhoney and Soundgarden) for the EP because we wanted something that was unprocessed, by going in and getting that one-take type of song. We didn’t want to overdo it. In fact, we play the new songs differently now to how we recorded them. We wrote the songs, went in to record at the studio and now play the songs live a little differently.

Rob: The live performances have definitely adapted those new songs from the studio. We are definitely planning on making a new full length album. We’ve been on the road almost constantly during the month of June. We’ve spent three weeks in France and Belgium and then ran back across the States to Long Beach, California for the Ink & Iron Show, which was a really big show. Then we had two days to wash clothes and come back to London.

Larry: Then we come over here and the weather’s exactly the same as it is in Seattle!

Rob: If you want to know what the weather’s like in Tacoma and Seattle, it’s just like this!

Are there any tours or festival appearances planned for the future?

Rob: We actually had a tour set up this past April in Japan, starting in Tokyo, but they had that unfortunate disaster over there and the tour got pushed back. What we’re understanding now from the Japanese promoters is that we’ll be back over there for late Winter or early Spring time. We’re sad about that as we have a big fan base in Japan and are all looking forward to going over there.

Finally, what music are you guys listening to at the moment? Do you like any current British music?

Rob: I like all different kinds of music. There are bands that we play together with at these shows that we’ve never met before and become friends with. One I can name in particular is The Detroit Cobras. They’re great guys and girls and we had a great time working with them! I worked out a t-shirt swap with the bass player, so I’ve got a Detroit Cobras t-shirt and he’s running around Detroit with a Sonics t-shirt. We know The Fuzztones quite well and have performed with them in the past.

We’ve become friends with a number of different groups. In my case, most particularly The Hives from Sweden. We’re pretty good friends with them. I exchange emails with one of the guys. When we played Stockholm a year ago they surprised the crowd and came out and did the encore with us. Pelle (Almqvist) sang ‘The Witch’. Rock musicians aren’t supposed to say they like anything apart from rock music but I love Cajun music. I also love listening to Bluegrass.

When we were here the time before last, one of the groups that opened for us was The Horrors. As a matter of fact, I think they’re even more popular now than they were a couple of years ago. They had a big record out I understand? Nice lads.

Larry: Yeah, nice guys. Pete Doherty was supposed to make an appearance also. But he shunned us off! Everyone expected that though!

Read a review from the Meltdown Festival here and find The Sonics at www.thesonicsboom.com