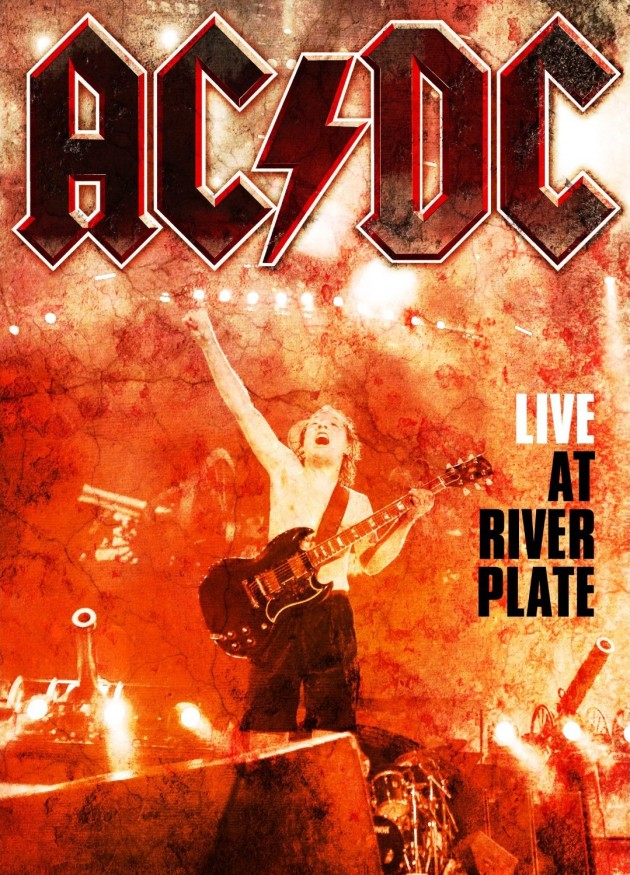 “We don’t speak very good Spanish, but we speak rock n’ roll pretty good!” screeches vocalist Brian Johnson, to roars of joy from a 65,000-strong Argentinean crowd that have waited thirteen years for AC/DC’s return to Buenos Aires. Cheesy? Clichéd? Oh please, this is AC/DC; a band for whom any idea of musical evolution has long been pushed aside in favour of a seemingly endless (but fruitful) quest for the ultimate riff. They’ve always been masters of musical economy, and if the likes of ‘Shoot To Thrill’ and ‘Dirty Deeds Done Dirt Cheap’ don’t make you dust off your air guitar, you may as well stop reading now.

Pretty much the only surprise on offer here is just how good the band sound after all these years. Long at home in a stadium environment, they know exactly what their audience wants, and following a suitably explosive intro of ‘Rock N’ Roll Train’ (complete with pyro and wrecked locomotive backdrop), the classics come thick and fast. ‘T.N.T.’; ‘You Shook Me All Night Long’; ‘Whole Lotta Rosie’ – all of them sounding twice as monolithic as they do on record. At the centre of it all, of course, is lead guitarist and all-round AC/DC icon Angus Young, and tonight he doesn’t disappoint; be it stripping down to his boxers for the sleazy blues of ‘The Jack’, duckwalking along the ego ramp for ‘Hell’s Bells’ or unleashing an impressive solo finale to ‘Let There Be Rock’.

No small credit is due to the Argentinean fans who, at every step, uphold Latin Americans’ reputation for being among the most enthusiastic and devoted rock/metal fans in the world. A handful of them are interviewed on the otherwise fairly redundant ‘Extras’ section of the disc; among them are folks who sport all manner of AC/DC tattoos and have travelled from all over the continent (and beyond) to witness the show. In the excitement stakes, a kid on Christmas morning has nothing on these guys, and as they howl along deliriously to the iconic riff of ‘Back In Black’, you can’t help but wish you’d been there to soak up the atmosphere.

It’s clear that AC/DC’s knack for gut-level, fist-pumping hard rock anthems has rendered them impervious to such trivialities as musical trends or generation gaps. Whether ‘Live At River Plate’ lives up to the band’s classic ‘Live At Donington’ DVD is a moot point, but it does prove that even though these dinosaurs are getting on a bit, it’s still thrilling to watch them go in for the kill.