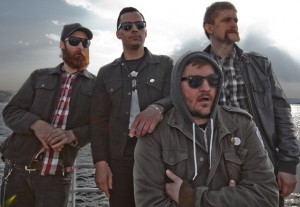 Wolves Like Us and Junius will be hitting the UK in April as part of their European Tour.

The Norwegian Wolves Like Us are fresh from their tour around Europe with Kvelertak and will once again be showcasing tracks from their debut album Late Love. Boston’s Junius will be touring their Reports From The Threshold of Death album. And the dates are: