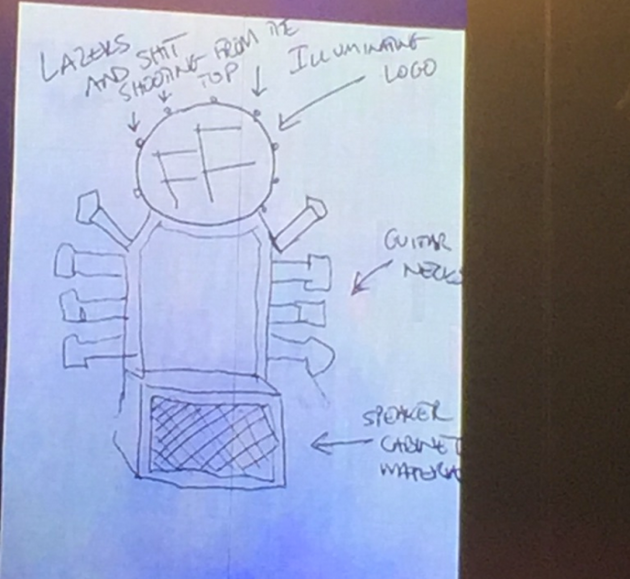 Having broken his leg after falling from the stage last month at a gig in Gothenburg, Dave Grohl and the Foo Fighters were forced to cancel a headline slot at Glastonbury last weekend, and a run of sold out shows at Wembley Stadium.

Hell bent on delivering to his fans, Friday night saw Grohl and his band return to the stage at Washington DC’s RFK Stadium for a 4th July celebration. The show saw the frontman bandaged and cast, atop a gigantic throne built from guitars, amps and ‘lasers and shit’, hand-drawn plans of which are pictured above.

Watch the clips below which detail Grohl’s original fall and a rendition of ‘The Pretender’.