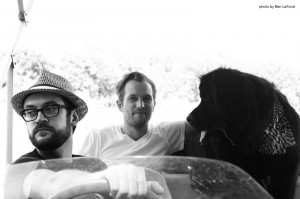 Fugazi and the Wu Tang Clan are two iconic groups, both defining the sound of a scene and making everyone sit up and take notice of their music and their message. So what happens when you mix the two together? Well, thanks to Doomtree‘s Cecil Otter and fellow Minneapolis musician Swiss Andy, of The Swiss Army and The Millionth Word fame, we now know.

Sleep Rules Everything Around Me mysteriously appeared on Soundcloud and within half a day, the track had garnered 20,000 listens, with over 100,000 in a week. It has been one of the most talked about topics in music of late and we caught up with the two brainchildren behind the project to discuss the process of making the music, how long it took and even preferred fighting styles.

Ladies and Gentlemen, enter the Chamber of the Wugazi!

Straight out the slums of… Minneapolis?

Cecil: Yes Sir, the centre of the Universe!

The big question first – how did you come up with the idea of putting Fugazi and Wu Tang together? Are you both big fans of both acts so know their catalogue extensively?

Cecil: Andy had been kicking around the idea for a few years before he brought it up to me. We had both been huge fans of each group since we were young, so it was easy to fall in love with the idea of WUGAZI.

Andy: Yeah, that is pretty much all that was in my headphones during the 90s.

Cecil: A one point in his life, Andy sold his guitar amp just so he could go see a Fugazi show. I sold my tickets to that same Fugazi show and bought an ice cream cone and shared it with my friend. I later broke into that show, caused a scene and got screamed at by Guy from Fugazi. He kept telling everyone that he saw me eating ice cream outside with my friend…over and over…I didn’t enjoy that at all, but the ice cream was good. 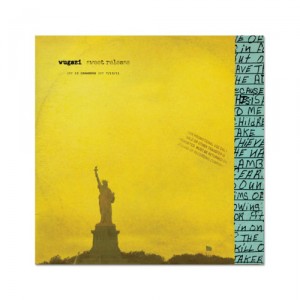 Did you decide on the tracks you wanted to use first or did you just play it by ear and see which Wu track fit with which Fugazi?

Cecil: We would listen through every Fugazi album and take notes on where the drum breaks, bass loops and guitar loops were. After that I would put them into Protools accordingly, find a close enough tempo to fallow the song, chop everything onto a grid and start cranking away at a song structure.”

Andy: I had a few Fugazi tracks I really wanted to use, but they were just too fast or slow for us to fit under an acapella.

Cecil: We let the samples loop in the background and begin to play Wu Tang acapellas over the song until we found the perfect match. When we found that, we would place it in the session and begin to cut, paste and stretch each verse to fit the track…then we get detailed.

Andy: We would try to use more than one song in each track. Using them more as samples for producing, than just putting one thing on top of the other.

Were there any tracks that you tried to mash together that just sounded horrible?

Cecil: Oh yeah, that’s why we put a full year into this. We have a handful of half done songs that just wouldn’t marry each other or we didn’t have a clean enough acapella to work with. The hardest thing about making the album (well, one of them) was the limited Wu Tang acapellas that we had access to. There are so many Wu Tang songs that we would have loved to do, we probably would have been able to call it Wugazi: 36 Songs if we had all the acapellas!

You’ve got 13 Chambers dropping in July, is there anything you can tell us about it other than it houses the track Sleep Rules Everything Around Me? 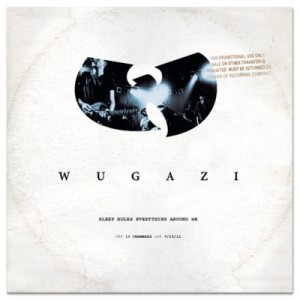 Cecil: Not at all. We we’re very excited about the tracks because our friends loved them so much. We had no idea that the two groups would work together so well. We made S.R.E.A.M. the first night into the project. We lost our shit when we stretched the vocals in and took the first listen. After that night,  Wugazi was pretty much a reason to get together with a friend and lose ourselves in the moment. I don’t think either of us had any idea that so many others would like it as much as we do, but then again…it’s Wu Tang and Fugazi, who doesn’t like them?!

Andy: When Paddy Costello almost started crying, I knew we were doing something right. But never thought this would spread like it has.

Would you like to see the two bands work together, maybe do a one-off live show where Ian MacKaye battles Ghostface? Or have Guy Picciotto go hard against Method Man?

Andy: All those guys are such great musicians. Even after Fugazi, Guy produced that amazing Blonde Redhead record and Joe put out that album with John Frusciante. Putting Ian in a room with RZA, I wouldn’t even know where to start…

Cecil: Without a doubt. That would be one of the happiest days of my life.

If you had a sword style, which you would have to train in the mountains of Tibet to perfect, what would it be called?