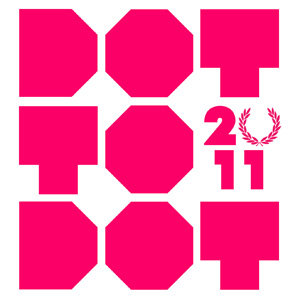 With a line-up of hard hitters such as Trail of Dead, Hurts, The Joy Formidable, We Are Scientists, Dananananaykroyd, Guillemots, Ed Sheeran and a host of local talent, the Bristol leg of Dot-To-Dot seems a scintillating enough prospect even if logistically it would be improbable to catch every act.

With the weather looking a tad dubious, I was pleasantly surprised at the turnout for Allie Moss. The promising singer/songwriter played some impressive folk accompanied by some flawless vocals to a nearly full capacity Thekla.

I headed across to the O2 Academy 2 next to catch some of Bravo Brave Bats. Valiant effort from the alt-rockers but lost in the fact the sound was terrible. Local party-core The Hit-ups open up the larger Academy downstairs to a sparse reception. Synth-laden bass driven post-rap with a mixture of quirky guitar parts energises the ever emerging crowd.

Before Ed Sheeran’s set I managed to bike it up the ridiculously steep hill to The Anson Rooms in time to sample the nu-wave antics of Idles. The racket was tremendous as they weave through a brooding mix of joy division driven melody with an epileptic dash of post-punk. The rest of the festival obviously didn’t get the memo as the band played to an almost empty room.

The bike ride down the hill was definitely easier and was just enough time for Ed Sheeran. After the non- existent turn-out for Idles, I realised the punters were all congregating at the O2 Academy which by this point was rammed. Internet super star and grime aficionado Ed Sheeran is on the brink of consequential success and the turnout showed it. Acoustically in tune with Jack Johnson that intermingles swift rapping and sweeping vocal harmonies, the power is in the delivery, mesmerising the crowd with his finely crafted performance.

It was time again to head back to the Anson Rooms. By this point I was pretty knackered and catching the end of Benjamin Francis Leftwich, who played a humble and subtle folk recital, was quite comforting. In stark comparison Dananananaykroyd explode next onto the stage. The duel assault from the animated front men was a real joy to watch as they arduously execute their brand of indie-punk. It was noisy, fun and cathartic. There was even a moment when the bouncy two broke through the barrier and was amongst the crowd flailing and blaring away with infectious enthusiasm.

I decided to stick around the Anson room for The Joy Formidable whose set annoyingly clashed with We are Scientists. I didn’t regret it as The Joy Formidable were immense. The indie-rock sound was big and bold with leading lady Ritzy Bryan taking the reins and guiding us though the intimately ambitious journey. It was truly hypnotic to absorb Rizty’s presence on stage while an array of songs from their acclaimed debut album ‘Big Roar’ resonated throughout the venue.

If The Joy Formidable was an insightful look at an act destined for potential success …And You Will Know Us by The Trail of Dead are a band that over the years never seemed to meet the commercial expectations put upon them however tonight they demonstrated that 15 years and seven albums worth of experience the still exude a youthfully blistering spectacle. They open with the indulgently epic ‘Will You Smile Again’ and set the tone for a passionately engaging performance. It wasn’t until ‘It Was There (That I Saw You)’ that the density of the sound really engulfs the entire place Within the bands frequent instruments swaps and relentless grandiose noise Trail of Dead blast out some tracks from their most recent release ‘Tao of the Dead’ such as the liberating ‘Summer of All dead souls’ and the fluid and dreamy ‘ebb away’ which seems to have rejuvenated their sound. A dynamic and solid performance from the legendary post-rock veterans and a perfect end to this year’s festival.