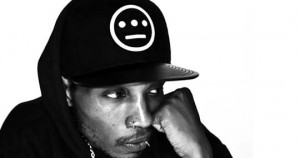 Del The Funky Homosapien will re-release his debut album this year.

I Wish My Brother George Was Here was originally released by the Hieroglyphics member in 1991 and was rumoured to be an ode to George Clinton. The Oakland MC, who is also Ice Cube’s cousin, will re-issue the album to celebrate its anniversary and will include a bonus poster.

Here’s a classic track from the original: