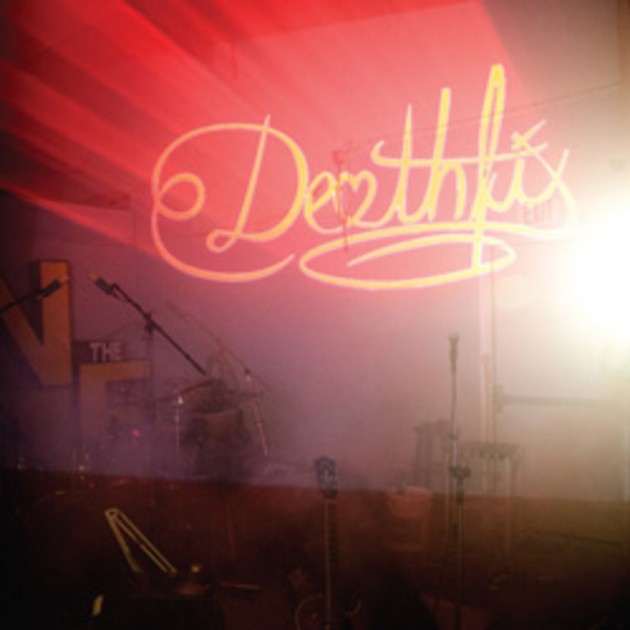 If there’s one thing that will instantly grab our attention when hearing about a new band it’s the words ‘featuring ex-Fugazi member…’ Such was the incredible influence and power of their music, ideas and attitude that anything the members of Fugazi have created since their hiatus is always met with excitement and interest.

Deathfix feature Fugazi drummer Brendan Canty who, as part of Fugazi created some of the greatest, body-jarring rhythms ever produced out of pots, pans and drums. Deathfix formed after Brendan met producer Rich Morel when they were touring as part of Bob Mould’s backing band. After the live work was done, the pair started to work in Canty’s home studio, fleshing out basic song ideas and instrumentals before enlisting bassist Mark Cisneros and drummer Devin Ocanpo to fully form the songs and take them to the stage.

The end result is one of the best new album’s to come out of the once vital Washington D.C. music scene. Wonderfully melodic and beautifully produced, songs like ‘Low Dying Dreams’ and ‘Mind Control’ ebb and flow with pure pop melody but there’s a swaggering cool to the band’s sound that recalls fellow DC post-punks Girls Against Boys. Midway through the album, ‘Dali’s House’ is another real stand-out, featuring a repetitive guitar-lick that burrows its way under your skin and refuses to budge.

Deathfix have succeeded in crafting an album of songs the are tuneful without being clichéd, backed up by a challenging array of rhythms, moods and motions. Superb.