Not One Of You
Epitaph Records 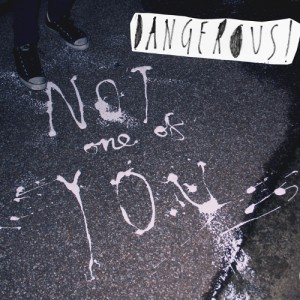 A short sharp shock of rock’n’roll swagger, ‘Not One of You’ is the first track to be unveiled from Dangerous!’ forthcoming debut album ‘Teenage Rampage’ which is set to be released on legendary indie Epitaph Records. These Aussie tykes are just starting out but have produced a slab of rocked-up pop with an edge that sets them apart from many other bands out there. It’s kind of hard to typecast them (that’s a good thing) – part glam-rock, part punk-rock, part pure-pop. A veritable melting pot of awesomeness basically.

If this rip-roaring track is anything to go by then Dangerous!’ debut should be one of the most exciting debut albums of the year. Unpretentious, fun and full of tunes is what we’re expecting. And we’re usually right about these sorts of things. The band will be hitting UK shores for the first time ever this June and will be playing the hallowed Download festival amongst other live dates so make sure you follow them and catch the live set whilst they’re here!

Dangerous! – Not One Of You by Epitaph Records