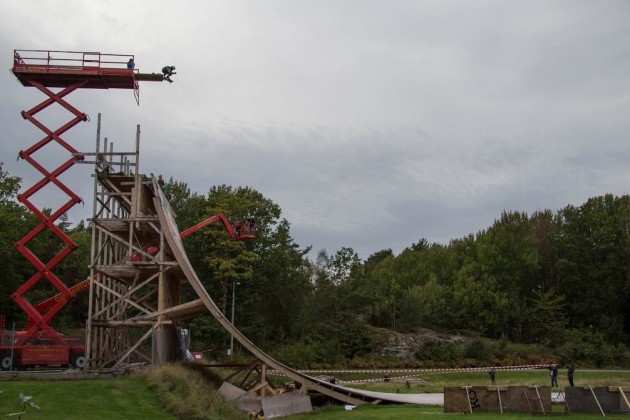 There’s no doubt that most of us associate World Record skateboard attempts with Danny Way, this month especially, as his rumoured forthcoming highest air attempt on the Ultra Mega Ramp has been a talking point – but have you heard of Adil Dyani?

Adil holds the official Guinness World Record for bomb-dropping into a ramp, all 30.8ft of it. His drop was filmed in a military base back in 2013 but not documented half as much as you’d expect for such a feat. He only found out officially a week ago that his bomb-drop has been entered into the Guinness archives, so congratulations to the Norwegian who has more balls than pretty much all of us!