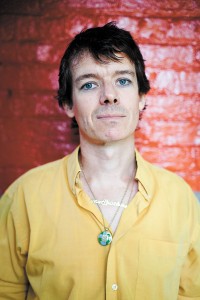 Bobby Conn has announced details of his new release.

Macaroni, recorded with his band The Burlgars, is described as a “delicious bowl of cheesy noodles served up for a world of war, riots, greed and revolution” and a “record for the Occupy generation”.

The album will be released on Fire Records on March 19th and will be supported later in the year on a tour of Europe and the UK. Press play below to see what to expect from the album.