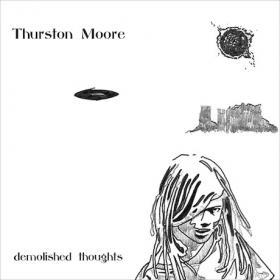 Sonic Youth’s vocalist and guitar slayer Thurston Moore will be releasing his fourth solo album ‘Demolished Thoughts’ on 23 May.

The new record has been produced by on Matador produced by the one and only Beck Hansen, yep, the very same that released Loser all those years back. The album titled ‘Demolished Thoughts‘ also includes previous collaborator Samara Lubelski on violin and Kurt Vile’s some-time harpist Mary Lattimore and will be releasd through Matador Records.