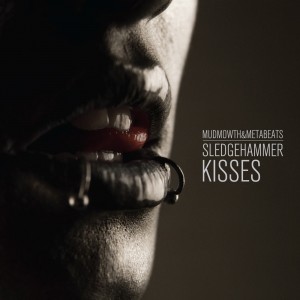 Mudmowth is an artist that many in the UK know and rever and with Sledgehammer Kisses, he makes his return, teaming up alongside Metabeats on production. Having made his name as CRST making predominently dance based music, it may seem odd that Metabeats has teamed up with the rapper however, the doubt is dispelled immediately on tracks like Maad Tight with the low-down horns bringing to mind some of Dre’s beats on Chronic.

Lyrically this release does the business too with lines like “sparking my tumbleweed peace pipe / blowing smoke rings out your cheap mics” showing just why the Associated Minds camp have got behind the MC in recent years. The beats fit the rhymes perfectly throughout and whilst this is a good album to listen to carefully, it’s just as easy to bang on whilst doing something and let the production do the work for you.

Tracks like Life’s Never Enough is reminiscent of the hip hop the UK was bringing out in the early 2000s and Sing Tears proves you don’t need to have an overly complicated beat to make a good track, its simple piano chord sample and boom-bap drums revolving around the verse and Richie Hayes’ sung chorus.

Having been championed by various magazines, including Plan B who picked one of his previous releases as their hip hop album of the year, it’s certainly one for the fans of his work. Associated Minds have definitely got something to be proud of here.