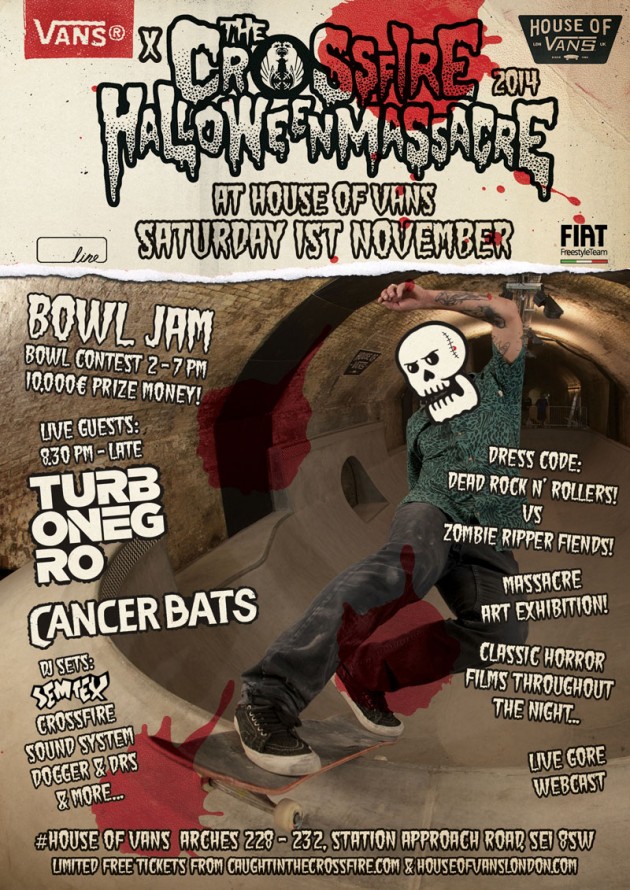 Enjoy the live feed from the bowl jam!

This note confirms that the annual CROSSFIRE HALLOWEEN MASSACRE will return to London on Saturday November 1st in association with our friends at Vans and hosted in the spooky Old Vic Tunnels of the House of Vans London, famed for its dark past and crypt like surroundings.

This year’s theme is DEAD ROCK N’ ROLLERS vs ZOMBIE RIPPER FIENDS so get planning your outfits and note that we have Norwegian deathpunks Turbonegro headlining at midnight alongside Canadian punks Cancer Bats (10.30pm) who are our special guests! Both bands will play special one-off sets exclusively at the House of Vans.

Also expect a full afternoon of amazing bowl skating with various invited guests (pro and am) battling it out for a huge purse of 10,000EUR in the bowl jam. Expect one hell of a session.

The evening of hallowed terror will also host classic horror films throughout the night, with epic zombie movies such as Braindead, Evil Dead, Bad Taste, Night of the Living Dead and more playing in the cinema for those who need a break from the dance floor.

Guest DJs include a party hip-hop set from BBC Radio 1Xtra’s DJ Semtex, metal and punk rock classics from Zac Slack and James Sherry (Crossfire Sound System), plus sets from Dogger and DRS, Kylie G and more to be announced.

The bowl comp will run from 2pm-7pm. The party will run from 8.30pm-3am. Address is House of Vans, Arches 228-232 Station Approach Road, SE1 8SW. More details on their website

Tickets have now been allocated to all who signed up. We are looking forward to giving you the best night out of the year! 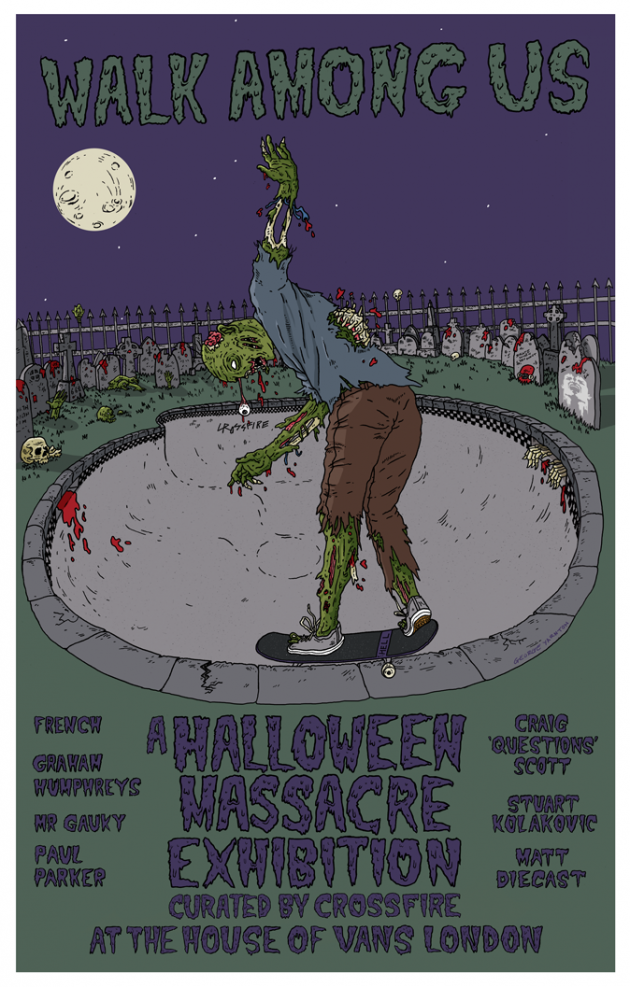 ‘WALK AMONG US’ A MASSACRE ART SHOW CURATED BY CROSSFIRE

This year’s zombie fest will also boast a Massacre Art Exhibition in the House of Vans’ gallery titled WALK AMONG US, featuring work from the seven guest artists listed below whose gore-ridden illustrations will be unveiled on Halloween itself on 31st October, and will be on public view for the following week.

Pieces from the exhibition will be available for purchase, with 20% off all proceeds going to House of Vans’ Charity Partners; Railway Children, Action for Children and Old Vic New Voices. 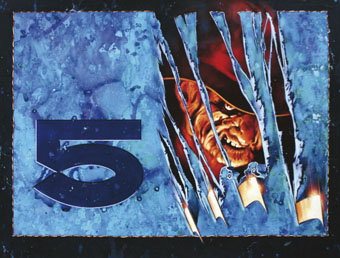 Graham Humphreys is a freelance illustrator and designer, best known for his work in the horror genre. In 1983, British film distributor Palace Pictures, commissioned Graham to create a poster for their UK release of Sam Raimi’s, ‘The Evil Dead’. The success of the campaign brought further commissions from Palace Pictures, including ‘The Evil Dead 2’ and the ’A Nightmare On Elm Street’ series.

A revived interest in illustrated covers for the DVD and Blu-Ray market has been keeping Graham busy with commissions from the likes of Arrow Video, the BFI and Nucleus Films. Other current work includes LP covers for the Death Waltz Recording Company, book cover work and a variety of independent film poster commissions. Often linked to the ‘video nasty’ controversy of the 1980s, Graham’s artwork is influenced by the B-movie posters of the 1950s, Hammer Horror and the UK punk rock scene of the late 1970s.

Sim Branaghan’s ‘British Film Posters – An Illustrated History’ (BFI Publishing, 2006), suggests “Graham… has some claim to be the last great name among Britain’s film poster artists.” A book of his work is planned for publication Halloween 2015.

French is an artist and illustrator based in London, originally from Aldershot, Hampshire and creates artwork, illustration and graphics, advertising, print, fashion, publishing for the music industry and skateboard industry. More recently he has been art directing and also curated a number of exhibitions also exhibition continuously worldwide in group and solo exhibitions. French is also co-owner and art director of 1939 Skates and UK based skateboard company Witchcraft Hardware. 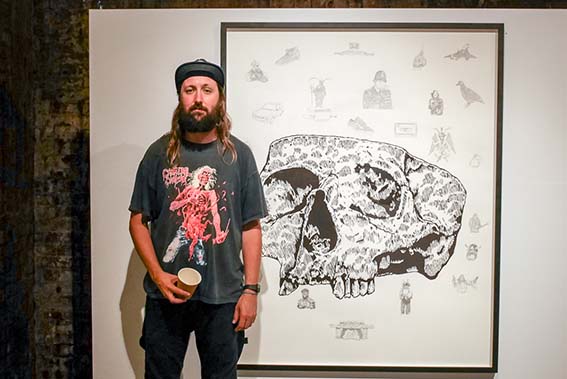 ‘Questions‘ is a London illustrator whose work has graced the likes of Vice Magazine, Heroin Skateboards, Death Skateboards, Crossfire and many more. Mainly influenced by the anarchy movement, rural living, and outsider art, his work spans across many different subject matters and shows clear alternatives. “Don’t wash as it’s a waste of time. Dirt is a great respecter of persons.“ 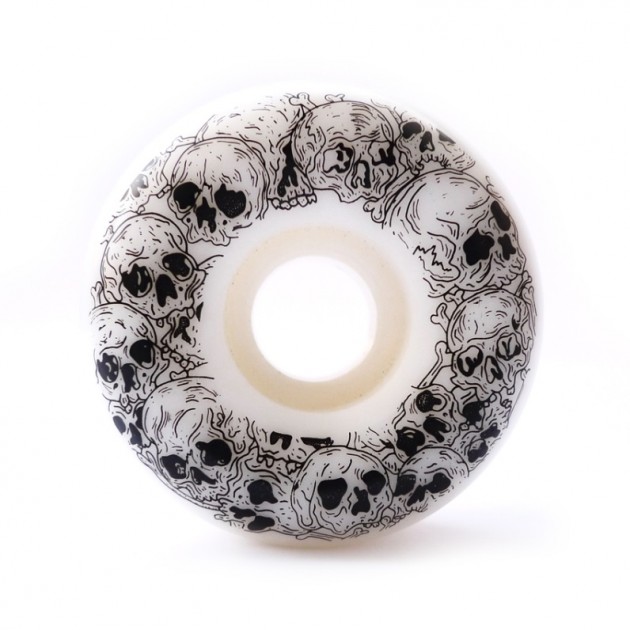 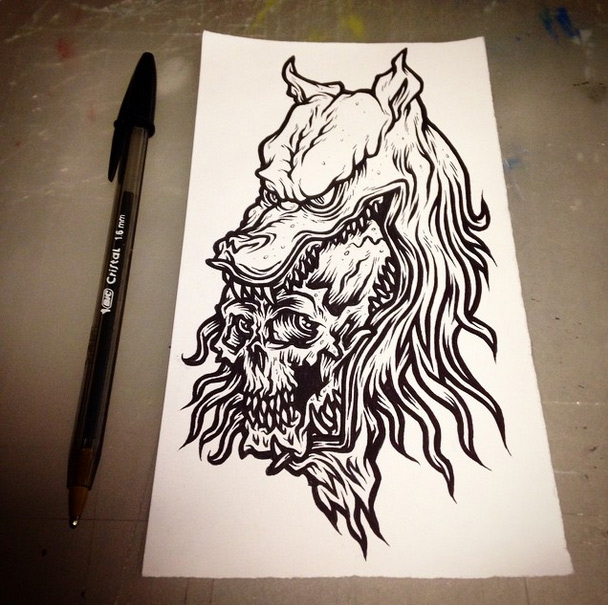 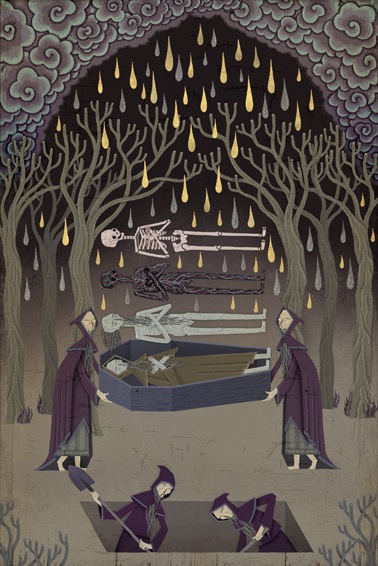 “From strange and damp woodlands is borne Herman Inclusus, a plague ridden scholar, chronicler and adept of an unheralded priesthood whoth sanctifies the Despondent. He has brought fourth his collections of unholy relics and exhumed icons to illuminate your perverted souls. The prints on display are excerpts from his first self-published comic book, “Dismal Incantation”, also available to purchase. Blesseth the sicke. Hail Herman Inclusus.”

Paul is an artist, illustrator and passionate skateboarder based in London, and originally from Hertfordshire. His work, often painted using acrylics, has been used for numerous skateboard companies including Volcom, Creature, Altamont, Fallen, Lovenskate and Witchcraft hardware, Crossfire Halloween Massacre flyers and he has also produced work for the publishing and fashion industries. 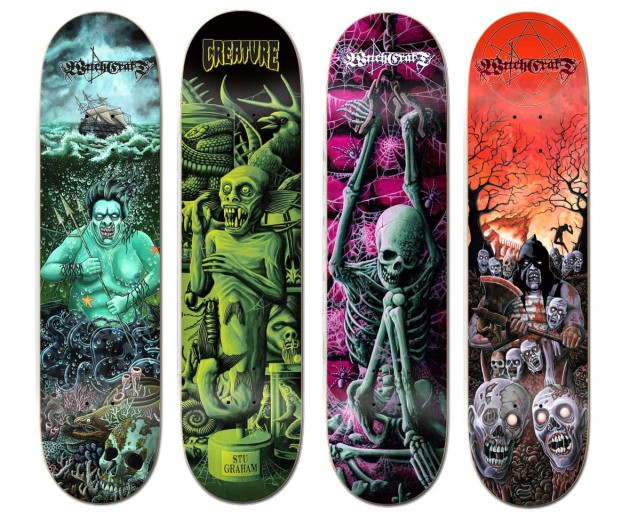 Matt Diecast is an illustrator based in Nottingham, UK. Raised on a steady diet of comics, heavy metal, punk, horror and sci-fi, his work tends to channel these things into what is best described as ‘dark, surreal, comic book strangeness’. This style has led him to find a natural home for his artwork in the music and skateboard industries, where he has produced work for a wide range of clients, while also creating and exhibiting non-commercial work. 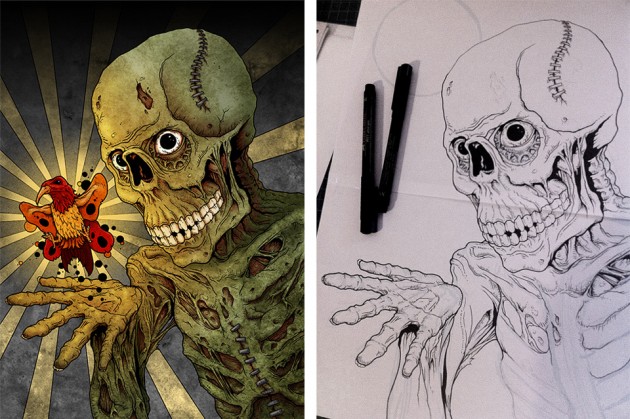