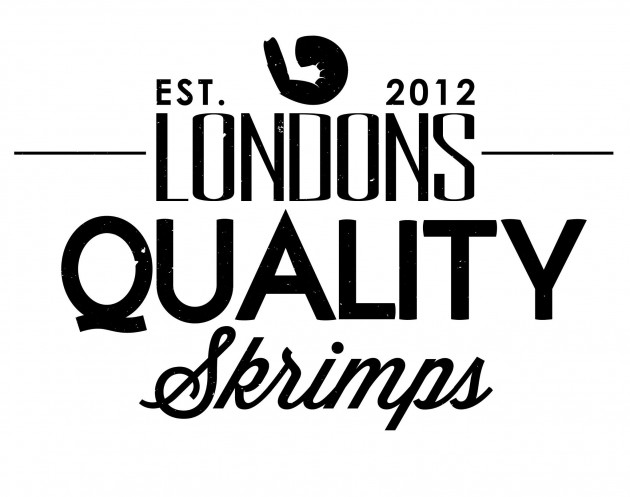 The fundamentals of skateboarding are simple: It would be boring without a crew to share the good times with. London’s Skrimp crew have grown in size since they first started gathering in West London in 2012, they became pro’s at getting drunk and kept coming home with great footage from each session. Xavien Francis was there to capture most of their moments to tape over the last few years, whose Skrimp Life web edits have given us a consistent peak into yet another upcoming faction of London’s emerging skate scene.

Since they started filming, some of the crew have gone on to pick up sponsors, others have started their own wheel company, some have even made it onto the stage of X Factor, but overall, this particular crew (local to us) are made up of a team of reprobates who wear smiles on their faces and know how to have a damn good time.

Now living in the US, Xavien has finally glued all the best pieces together to deliver the Skrimp Video in its entirety. The crew have been chomping at the bit to see this and so have we, so get stuck into this and thank your lucky stars we all have friends, because without them we are nothing.

You missing the UK these days Xavien?

Yeah, for sure. I didn’t even want to leave. Being in the London is definitely one of the best things that has ever happened to me.

Where are you in the world right now and why did you have to split?

At the moment I’m living up in Seattle in the U.S. I was originally only supposed to live in London temporarily and shit for my parents work but ended up staying a lot longer. After about 4 years it was time for us to move back. 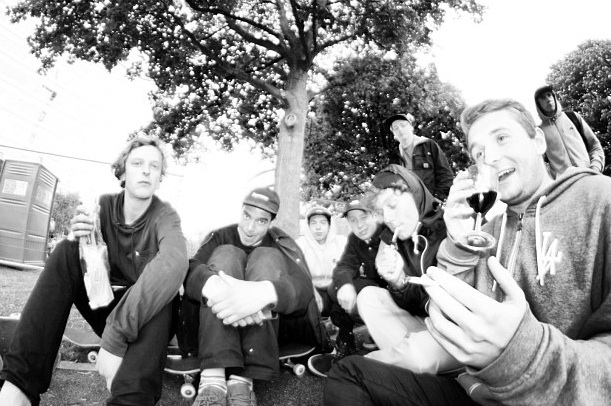 You must have gone through tonnes of footage to whittle the final edit down, how long has this taken to put this together?

Oh god. A lot longer than anyone or myself expected. I’ve been working on it pretty much a year since we stopped filming. So many things can get in the way. Work, school, and having a new social life really got in the way of most of it. Even when I would edit, it could get so aggravating. I don’t know about a lot of other filmers out there but for me, I delete and redo, and edit about 3 times. So doing that for each part was also a delay. Even then the whole time you know that no matter how long you spend on editing and filming for it, people are only going to watch it a handful of times. 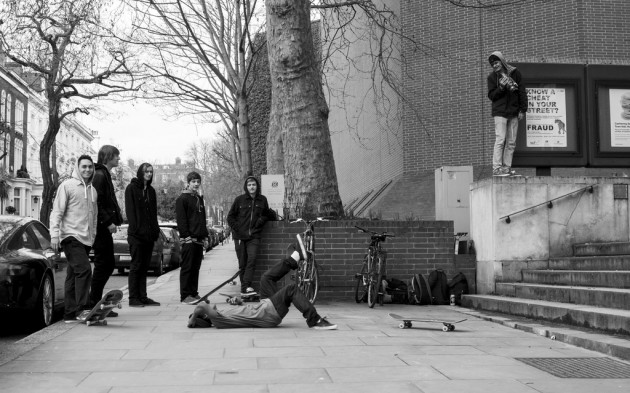 Who gets the MVP award?

Honestly I can’t even choose one person. Everyone was just so much fun to film. Obviously filming rippers like Kyron or Manny who stack so much footage was fun. But honestly, it’s really cool when someone in the crew who doesn’t film as many clips as some of the others gets a clip. It just shows that everyone worked hard for the video while at the same time having fun and not taking it too seriously.

Probably any session that’s ever included Douwe Macare’s presence. He is just so wild and ridiculous. Just pretty much anything he said was just hilarious. He always just added a good vibe to the sesh, putting everyone in tears with laughter. 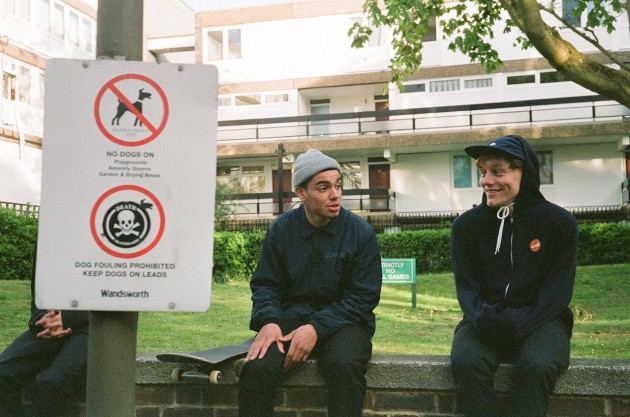 Who picks up the Jesus Fucking Christ award on the trick front?

I’d have to say Kyron for sure. He ripped so hard for this video and even now the footage doesn’t do him justice as he has progressed so much since we stopped filming. I remember after a while, every time myself and Kyron would go out to film, he was getting like 2 or 3 clips from each session. I may have to make a bonus part or something for him cause he has so much footage that his part could be twice as long.

Who picks up the most drunk award?

You already know, yours truly, Evan K. Knight! Josh is the renegade king though. Haha! Everyone else was pretty up there too though. Haha! Shout out to Holsten Pils! 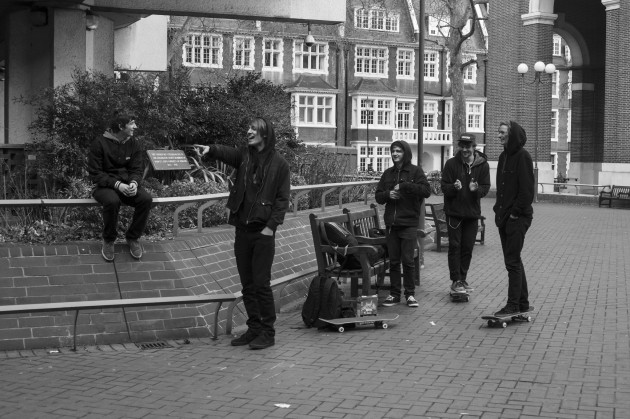 What spot got rinsed the hardest in one session?

I would have to say probably this 9 stair hand rail in Bounds Green. Kilian, Manny, Douwe all went there one day and we had like 3 hours before Kilian and Douwe had to catch a flight. But everyone there got a trick in a line on that rail. Kilian’s switch front board line is nuts!

And the best slam award goes to…..?

Ollie Gregory for sure! Oh my god, I have never seen someone eat it so hard. In the beginning of his part is a clip of him trying to Ollie this 8 stair in Aldgate at 8 in the morning after being out drinking all night. I guess the ground was wet or something and he just slipped and hit his head so hard. 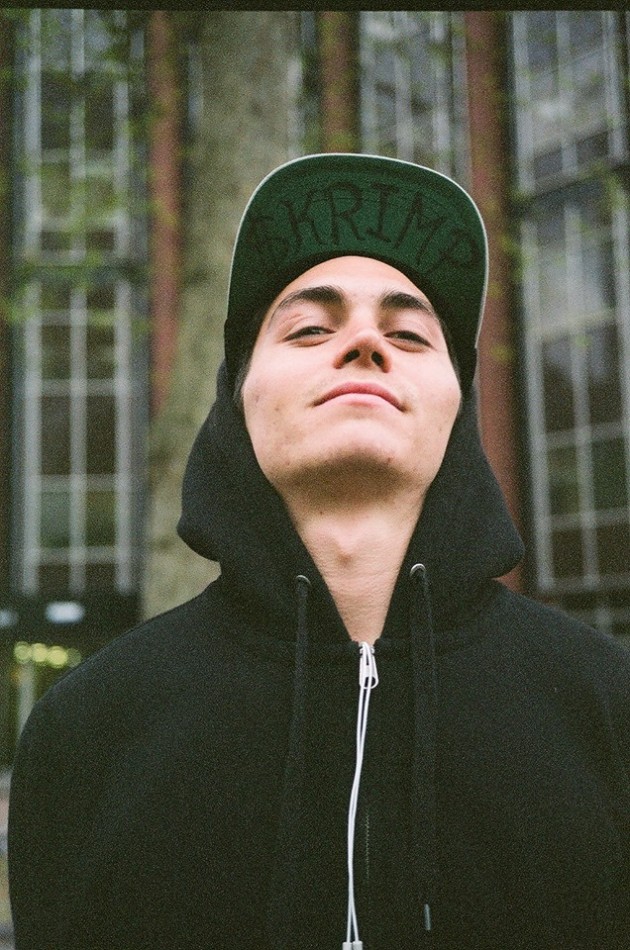 Anyone manage to smash your camera more than most?

Haha, probably Manny. He’s hit it a lot. But one time Daniel West and Sam Sitayeb managed to hit it several times with grapes one night too!

Manny, what’s your best memory from the filming of this?

The funniest story is how long it took Xavien to finish the video. It’s been so long I don’t really even remember any stories! I guess the only one to stand out is Kyron getting really drunk at my step dad’s apartment and pissing all over the floor. Haha!

If you had to pick the man with the biggest mouth award who would that go to?

Conor Charleson (Commander Keen). Haha! Conor studies Zoology so he would always point out a bird at a spot and ramble on about it. It was pretty funny and interesting at the same time! 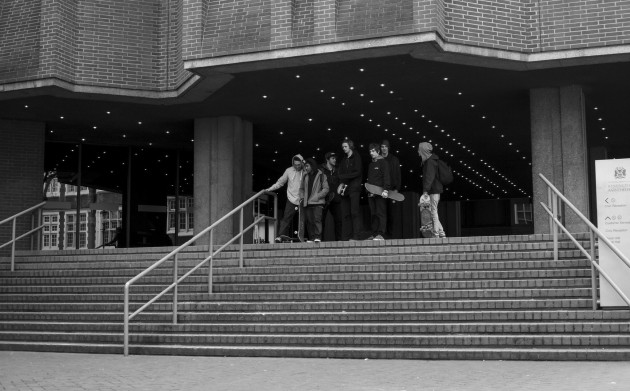 Did you sneak in any footy of yourself?

I only have one clip in Ill Gregs part. It’s me ollieing over this 2 story high wizard staff we made one night. 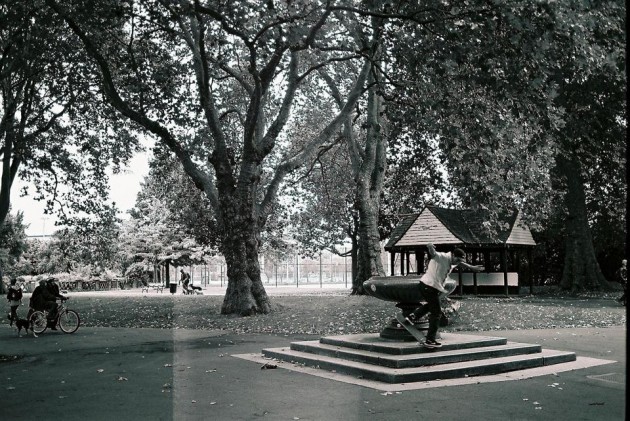 Would you do it all over again?

I would do it again for sure. If I ever move back there will definitely be a sequel. And probably with all the same homies!

Is there a new Skrimp crew forming locally in Seattle?

Nah. Skrimp Life is a London thing only and it will only ever stick with that crew.

I just want to say I hope everyone enjoyed the video and thanks to everyone who has watched any of our videos and supported us through out the years. All of you guys really made this a fun thing for us. Shout out to everyone who has helped us make this possible too. Skrimp Life!

Daryl Dominguez is shown the way. Shot by Dan Lonngren. 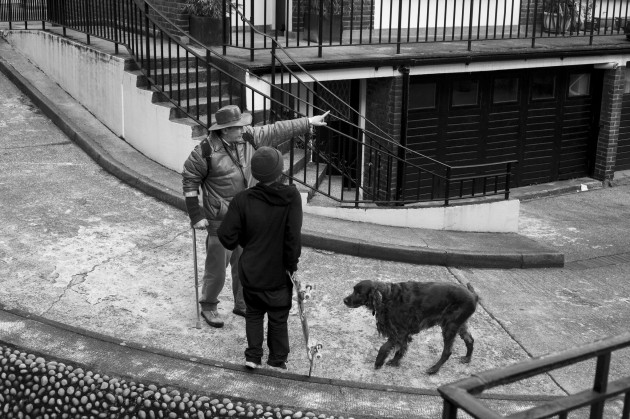 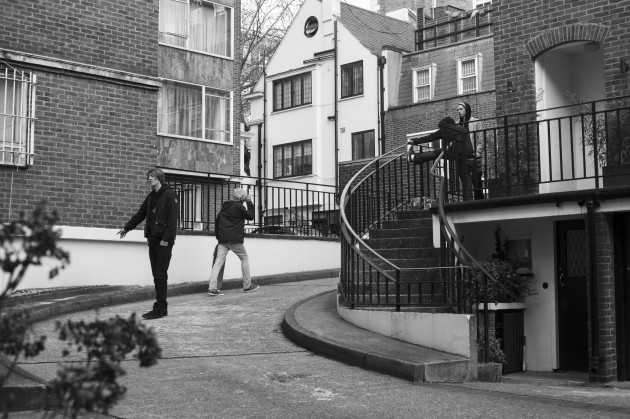 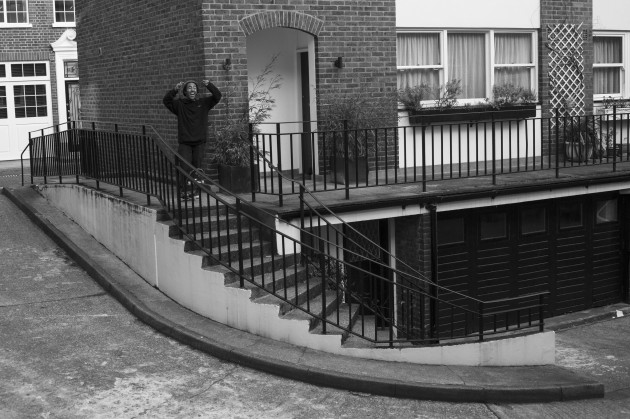