A 23 year-old skateboarder from Amarillo, Texas, Jacob Isom, prevented David Grisham of Repent Amarillo from burning a Qur’an on Saturday, exactly nine years on from 9/11.

The attempt made by Repent Amarillo (a far-right force that challenges homosexuality and non-Christian worship) to publicy burn the Islamic holy text was thwarted by Jacob who ran in disguised in a DIY shirt reading ‘I’m in Repent Amarillo, no joke’ and grabbed the book.

He told Grisham upon snatching the book, “Dude you have no Qur’an” before placing the text in the hands of a local religious leader from the Islamic Centre of Amarillo.

Below is a picture of Jacob and the local religious leader taken from the Facebook group ‘Amarillo Citizens against Repent Amarillo’. If you ever meet him, give him a handshake for challenging hateful and ignorant organisations and for maintaining the positive image of skateboarders being unprejudiced and friendly individuals who respect other cultures and embrace them. ‘ave it diversity. 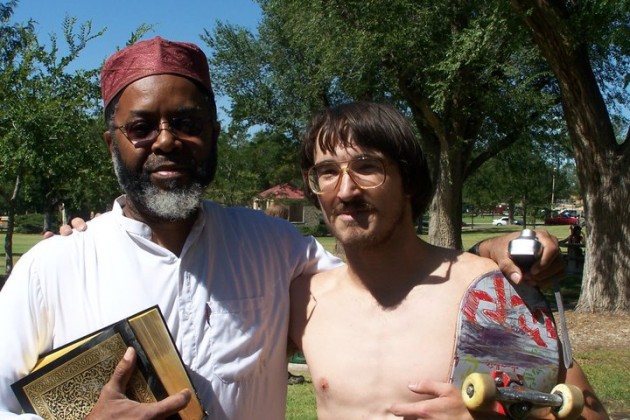