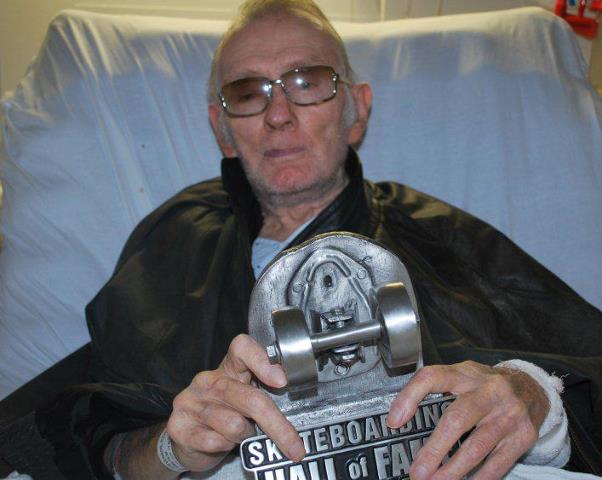 Skateboarding has many legends who helped pave the way for us to enjoy skateboarding as we know it today and Larry Stevenson’s name is high up there on the list.

Larry Stevenson invented the kick tail so that we could ‘surf on land’. It was an absolutely vital experiment that effectively changed the streets of California forever. In the early 1960’s, Stevenson was a lifeguard on Venice Beach and carved out his very own Makaha boards to push his idea by the aid of clay wheels. He had unfortunately been fighting Parkinson’s disease and died on Sunday, aged 81 at Santa Monica UCLA Medical Centre.

Larry was awardeed a Skateboarding Hall of Fame Award in 2010 but could not the ceremony due to illness so listen to his son Curtis’ speech and click here for our blog feature dedicated to Larry.