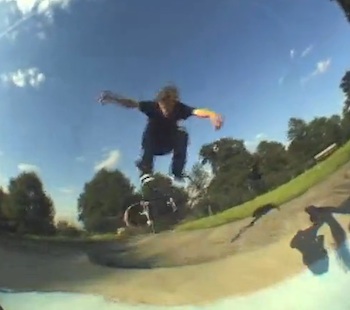 Mr Edward-Woods has been clearing the old hard drives out and discovering footage at Bloblands, Southbank and more London street spots.

“Found this low res clip of Rory, Lucien and Steph on my itunes. The footage was filmed around August 2006, some made it into my first DVD, “Writer’s Block” the rest end up it the first few installments of Hold Tight London. This edit never found its way to the internet, I just made it to hype up the mans to get more footy.”