It’s official. Alex Olson has jumped ship from Vans and joined Nike Skateboarding footwear and apparel. Talking to ESPN this week, Olson speaks on how it all came about:

“Basically I was unhappy with Vans six month prior to me signing with Nike. My contract had been up but I just hadn’t signed my new contract. I had some questions about my contract and they said, “Why don’t you come down and we’ll talk?” I hated going down to Vans, I don’t like going down to Orange County. I think when my contract was up I asked Brian Anderson if he could just ask if there was any possibility of me riding for Nike. Robin [Fleming] had left Vans and I felt like a loner on the team and it wasn’t making me motivated to skate. Six months passed and I still hadn’t signed my contract and then Hunter [Mu] called me and asked if my contract was up and I said, “Yeah.” Nike offered me an apparel and shoe contract and the timing was right and I was stoked to sign a contract with Nike.” 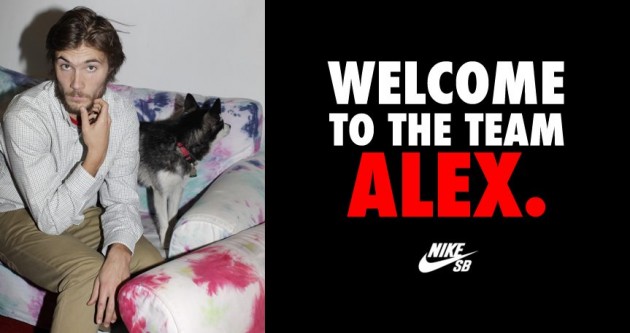