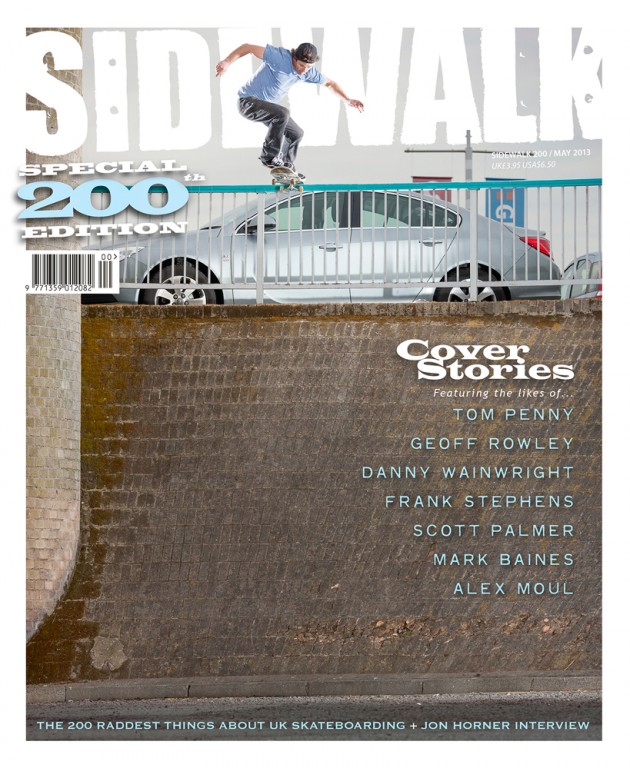 So here it is above, a milestone for British skateboarding. The 200th edition of Sidewalk Magazine. A landmark that has been met by sheer hard graft, unbelievable commitment to the UK scene for a lifetime, and page after page of radness since September 1995. This good ship has been run by editor Ben Powell and designer (and UK PegNet champion) Andy Horsley through blood, sweat and beers. Both have been asked to walk down memory lane today, to reminisce the highlights that have graced skateboard shop counters, living room tables, and many bog floors over the years.

The magazine game has changed a lot since their first mag was published 18 years ago. Fronted by the passionate drive of Jim Peskett who ran the much missed Permanent Publishing in Oxford back in the day, SW has always catered for everyone, because everyone who pushes a skateboard matters.

The internet now provides the overwhelming amount of footage one would never be able to see in a paper mag, but real skateboarders, those who really know, will pick up a magazine every month and cherish the scene they crave daily. It’s an addiction. The exact same fix Ben and Andy feed on to provide street tales and dope photos on a monthly basis. Both of them, (alongside their dedicated team of photographers, filmers and writers) spend all day (and most nights) sweating over what will be in the next issue for your enjoyment, so celebrate this monumental feat and raise a glass or two.

You reached the 200 mark then, how many did RAD manage? Is SW the longest standing of all time?

Ben Powell: There were 139 issues of RAD. The grand master TLB had moved on by then though so the last 20 or so don’t really count. Horse/Wig did about ten issues of RAD – the last one had Neil Urwin ollieing out of a tree bump with old men in background. So yes, we are technically the longest living UK skateboard mag in history. Check us out and chill.

OK, this is not going to be easy but fuck it. There must be one cover shot that you personally love the most, could you name it?

BP: This is an impossible question to answer. Seriously. With 200 there are just way, way too many to mention. Shit answer I know, but true. At a push – the Chris Oliver handrail 5050 one. Shot in Italy right by Pompeii – no skateboarders for miles and miles. The locals didn’t know what the fuck was happening. It was the gnarliest thing I’ve ever seen first hand. Yes Chroliver! 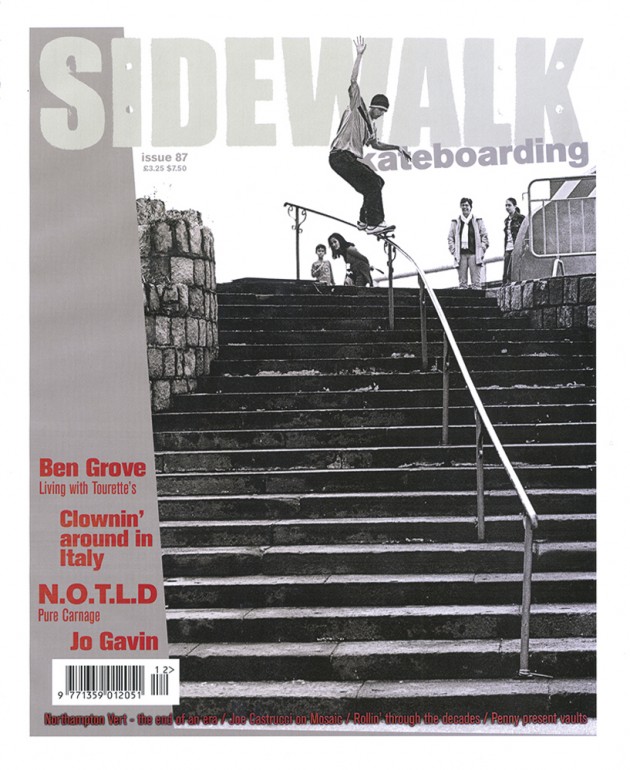 Andy Horsley: There are quite a few seeing as there are 200 of the fuckers. I still really like the Rattray fullpipe frontside carve cover. It was shot on an impromptu trip to Iceland for some Blueprint demo at a music festival featuring Ian Brown. We managed to escape and shoot some street stuff as well. The thing that I like most about the photo is that you never see fullpipes that have a white interior surface. I guess if it was a regular rusty brown fullpipe it would have never made the cover. I also like the Shier backlip transfer cover in Malaga because of the isolation. Oh and 200 of course, because JIMMY FUCKING BOYES! 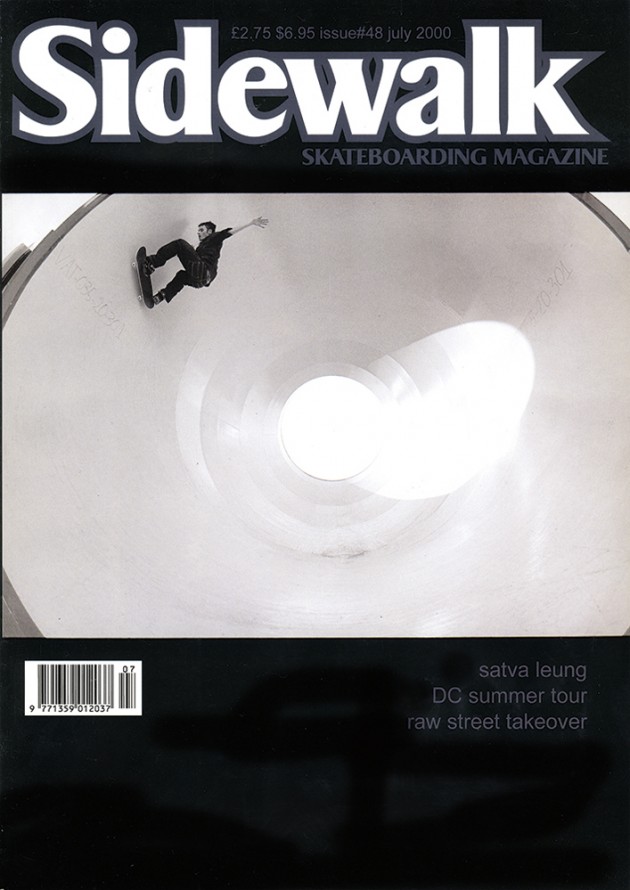 Which mag deadline was the hardest to complete over the years and why?

BP: Honestly probably issue 200, simply because Rye (assistant ed) was away working on a Vans project, so I had to do 98% of the mag myself. I don’t care though, I get paid to do what I love for a living. The first 50 issue deadlines were pretty hard too as we stayed up till 5am doing hash bottles all night, every night.

AH: Issue one was a nightmare because we didn’t have a clue what was going on. Waking up and cleaning bong water out of the rug then getting a bus to the office only to find that Bruno the dog had eaten a few of Wig’s prints that were needed to complete the mag! Deciphering interviews that had been sent overnight via fax and had been caught up in the machine. We used to regularly do all-nighters to get the mag finished, all saved to floppy disks. Haha! 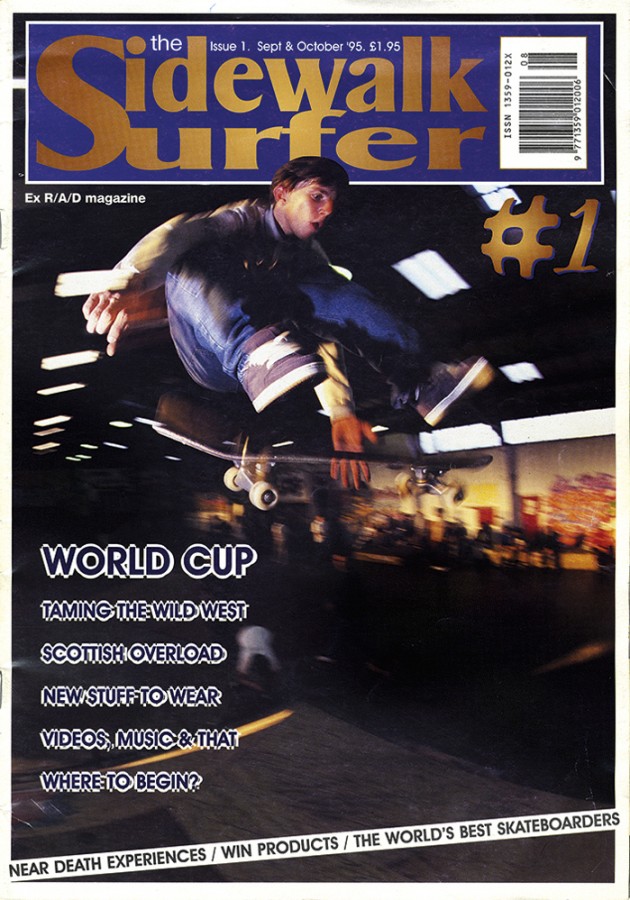 Here we go. What NBD has been logged as your UK ‘trick of all time’ across these 200 issues?!

BP: Fuck! What a question! Probably Boulala’s wallie out of the triangular thing at London Bridge stairs just because it was impossible and he did it in 4 tries.

AH: Wow! That’s an insane question. Haha! I don’t even know. Not really related to Sidewalk as such but scanning the rusty old doors of my mind I’d list these things as joke shop:- Smithy’s boardslide round the back of Livi skatepark (literally what the fuck!), hearing that Andy Scott had done the flip eggplant, grabbing the footage of Frank Stephens backside flipping the Liverpool Street double set for issue 2. WOW. Watching Tom Penny skate vert like it was a mini ramp. Oh, and I was there when Tom did the blindside nollie flip over the Meanwhile Gap, which he four downed, then zoomed. That was insane next levs, when next levs didn’t exist… 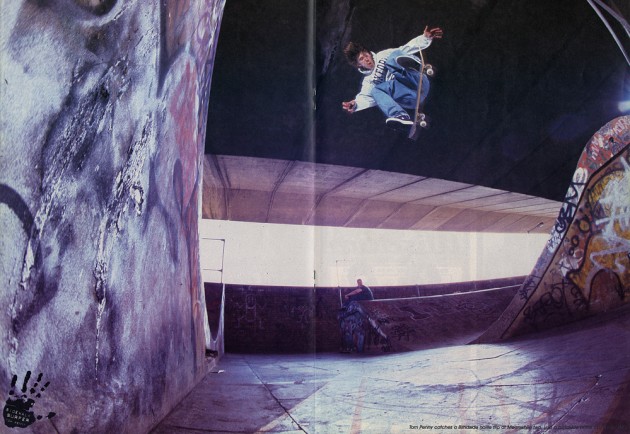 Which feature shoot has the most memorable story attached to it? There must be loads, but one surely one must stick out?

BP: Again, too many to mention but the original ‘Monkeys in a Van’ article was pretty funny. Me, Horse, Gordon Skrezka, Baines and Harry Bastard drove to Cornwall with nowhere to stay for a 5 day trip. Ended up breaking into a friend of a friends house in Newquay and staying on this nurses floor. We found out the next morning that somebody had been murdered in there. We ripped off some crusties for the worst Mexi-weed ever and then nearly crashed on the way home when we saw a UFO. No budget, no hotels, no plan. Worked out quite well considering.

AH: As far as unadulterated carnage goes it would have to be early Munster I guess. For 51 weeks of the year it was an idyllic little German town and then the skateboard masses would descend upon it like a fucking plague of locusts eating up bikes and booze! Haha! One year, the town council decided that enough was enough and sent out the riot police and they showed no mercy. After flinging a manhole cover though a bus stop we legged it through town chased by hordes of cops! I managed to get away but I remember Johnny Robbo was running with Dan Cates and he turned to grab Dan’s arm to make him run faster and actually grabbed a coppers arm instead. He had to play dead so they’d stop hitting him with batons. Gnarly! But saying that we were acting like drunken pricks! That same year I remember tipping up a solid marble table in a nightclub and it snapped in half under its own weight, and again, the riot cops entered the club and started hammering people! Ian Deacon smuggled me out and hid me in the Birdhouse team van. I woke up the next day in Willy Santos’ hotel room after sleeping bent double over the footstool. Once again, ‘drunk prick’.

Skateboarding goes through different fads constantly. Give us a story of one ‘fad’ that made you laugh the most over the years.

BP: Swishy pants were funny. I might’ve fallen victim to that one myself temporarily.

AH: I guess massive trousers is the main offender. We thought we looked the shit! In fact we just looked shit! Haha! I loved it though. shopping around to find 48″ cords and then cutting them down. Harry (Bastard) once bought two pairs of 48″ jeans from Middlesbrough ‘Big & Tall’, took them apart, and then stitched them both together to create a wondrous pair of leg sails! I also remember Ben’s bright orange Hot Tuna Monkey jacket! It was full length touching the floor and he entered a comp at Radlands wearing it BALLS! He also had a shirt that had a massive calculator printed over the whole thing. That was called ‘calculator shirt’. 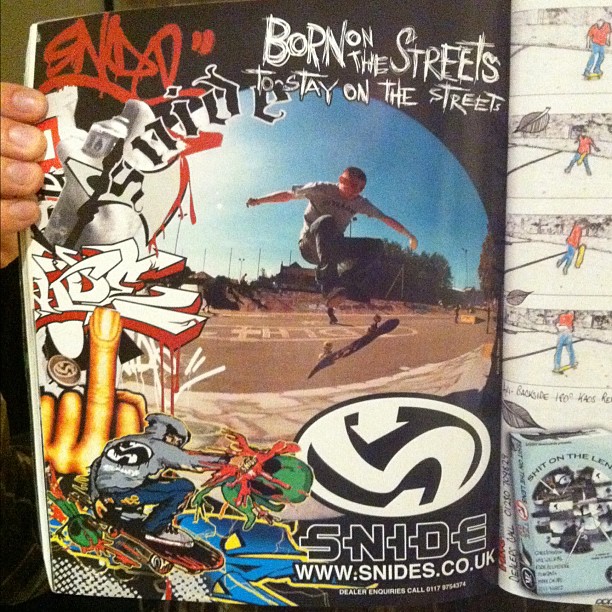 You must have seen some shit adverts in that time, what was the worst?

BP: Hands down- Snide Clothing’s “Born on the Streets to Die on the streets” one – complete with a picture from the Deaner. That, or the other Snide one with the 28 frame sequence of a kickflip down two stairs. The dude called the office and asked, “What do you think of the ads?” My response, “I’ll be honest, they are the worst ads I have ever seen in my life but people will remember them.” Ten years later here we are – still talking about them. Keep it Snide!

AH: Snide. (but they were also the best) 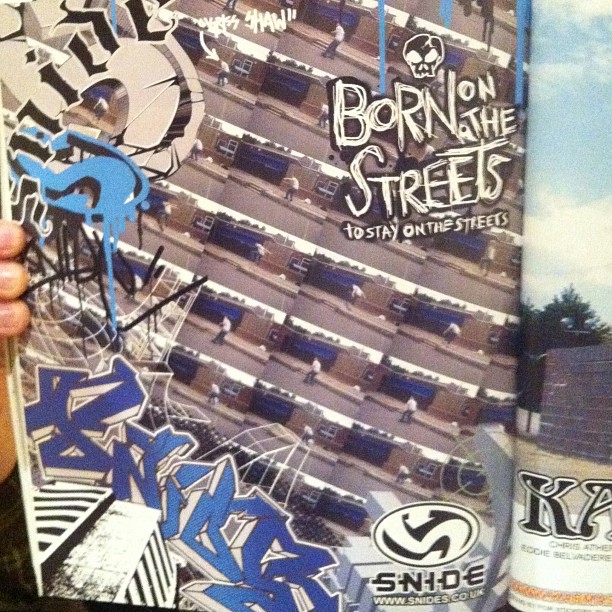 AH: All of Chris Forder’s fake small shop adverts that he did were the best. Children’s entertainer etc. His Coronation Street range will go down in history. Deirdre Skateboards, Barnsey Baseplates, Ken and Em… You need to see them to appreciate the brutal truth. 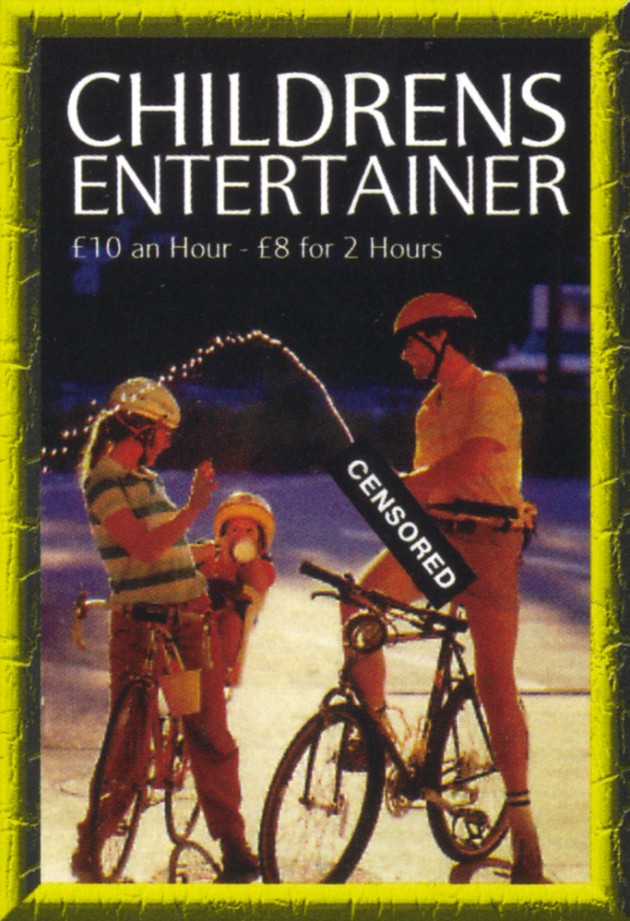 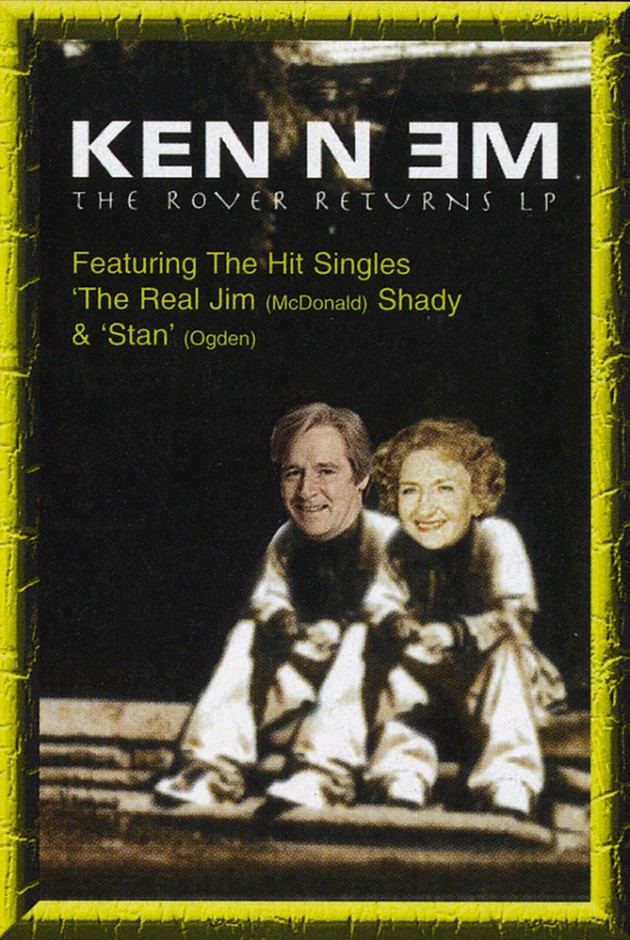 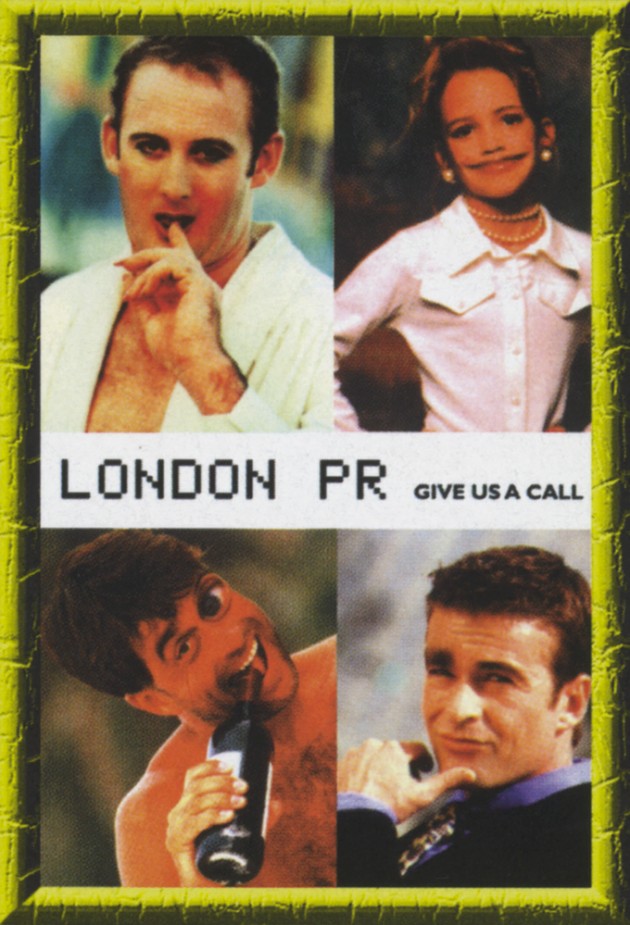 What was the most entertaining letter sent in?

BP: Tim Card probably. Or Neil McDonald’s ‘Bite my Wire’ diss. Those who know, know. We still receive hand-written letters every month. It makes me nearly cry with joy.

AH: A vicar that informed us once that we were going to “burn in hell”. That’s nice right? And a letter telling us that the ramp they had supplied to a local council was not a “peas of sheet” mini-ramp as we had printed the month before taking the piss….

How did you decide on the cover for the 200th? What else was in consideration?

BP: Nope, Jimmy was the only contender. The guy is the living embodiment of British skateboarding. 40 years old, still killing it, never made a penny from him it. All hail Jimmy Boyes!

AH: The fact that Jimmy Boyes is still alive. The choice was obvious. Jimmy KILLS it on board and off.

Send a message to those who think that all skateboard media, be it mag, web, photo features, news updates, filming sections are just easy to knock up and taken for granted….

BP: Facebook is wank. Yolo means nothing. Don’t be a cunt – skateboarding has enough of them already.

AH: Skateboarding and then a full stop…

Issue 200 is out now in all good skate shops. Buy one today and cherish it. A handful of people will receive copies on our Facebook page this week through Random Swag. Do it 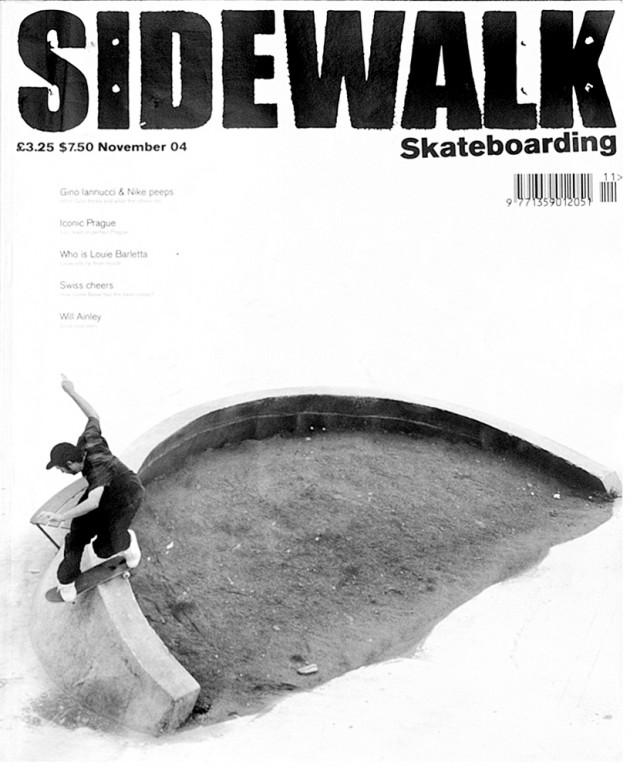