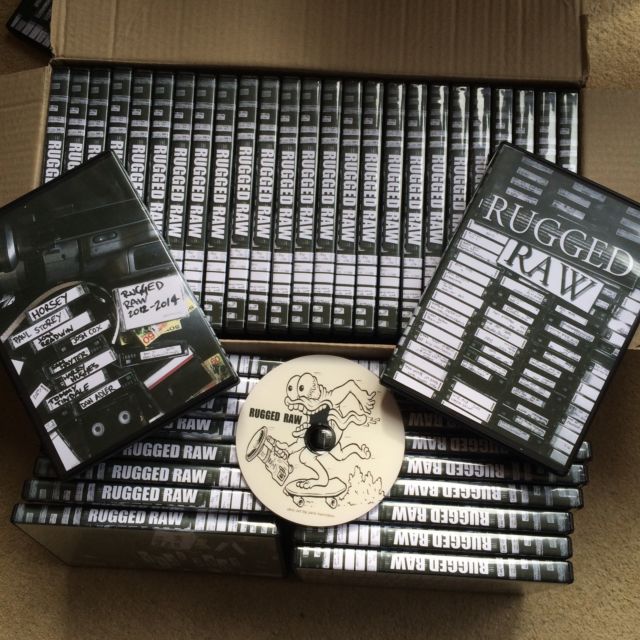 In the era of straight to internet parts, ten tricks down the local and HD instagram clips, a full length independent video is a really rare beast. Rugged Raw is the second offering from Harlow’s finest son, Jake Martinelli and is filmed with a mixture of Super 8, VX1000 and Hi8 footage with a strict fuck HD policy. The majority of the footage was filmed in Essex and London alongside a few trips to New York, Kiev and Barcelona thrown in for good measure giving end result a heavy East coast feel to it.

The roughest spots that most would turn their nose up to are handled well by the Essex locals. Dan Adler tears through Harlow town in his sweatpants with a big smile on his face as he takes the most awkward slams we’ve seen for some time. Tommy Tindale also skates fast and hits anything and everything in sight. His bs 360 kickflip over the MK hip is a thing of beauty. Harlow’s secret weapon, Harry Hughes comes through with another outstanding part, 360 flipping over handrails, heel flip crooked grinds in lines etc. I’m not sure how someone can be so good whilst not appearing bothered at all. So, so rad!

Nothing but Hayt for the kids. Sam Hayter flip fakie’s a playground for Rob Galpin’s lens. 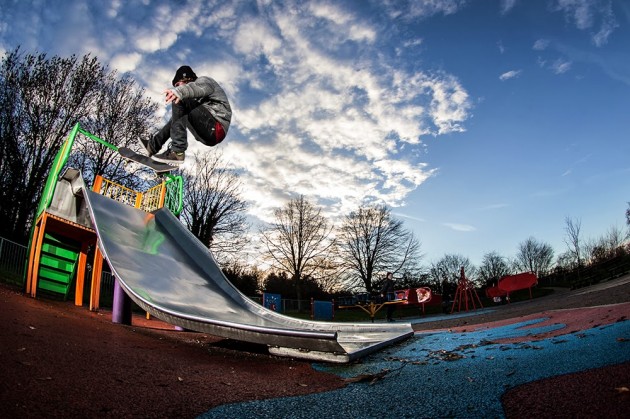 Send Help Skateboards’ English aficionado, Horsey, continues his work from the amazing new Albion DVD with more pole jams and wall rides with the help of Dan Webb. Crusty un-skateable gems are handled by both in style.

Milk Skateboards rider Sam Hayter comes through strong with another solid full part in this. He’s all about those technical smooth lines at rugged raw spots. I’m expecting we are going to see a lot more of him in the near future.

There are multiple montages throughout this production featuring London locals, New York heads and I think even the Muska pops up at one point.

Quite possibly my favourite part of the video goes to Jon Redwin. You may recognise him from such TV appearances as the Halloween BT advert last year. When a man skates to Tom Jones you have to stop and appreciate the magic and Jon really doesn’t disappoint! 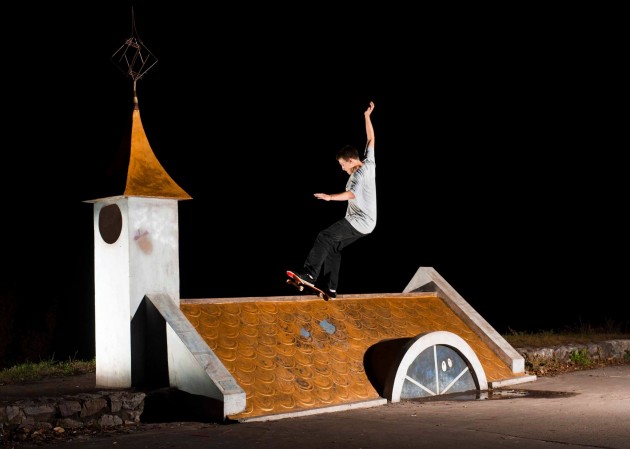 If you have ever had the pleasure of seeing Josh Cox skate you will know how amazing he is. This part shows him at his technical finest. Pure skill and finesse ooze out of this man. A real highlight. Paul Storey finishes the video with a ultra smooth 2 song extravaganza. Tech lines, stair crunching, back 180 switch manual half cab flip out. It’s too much to say let alone do. Somebody needs to hook this man up some boards ASAP!

Rugged Raw is a true independent skateboard video. It’s over a hour of pure shredding and at only £6 a copy delivered to your door, you would be mugging yourself off by not picking one up this week. Well done Jake. Keep up the good work.