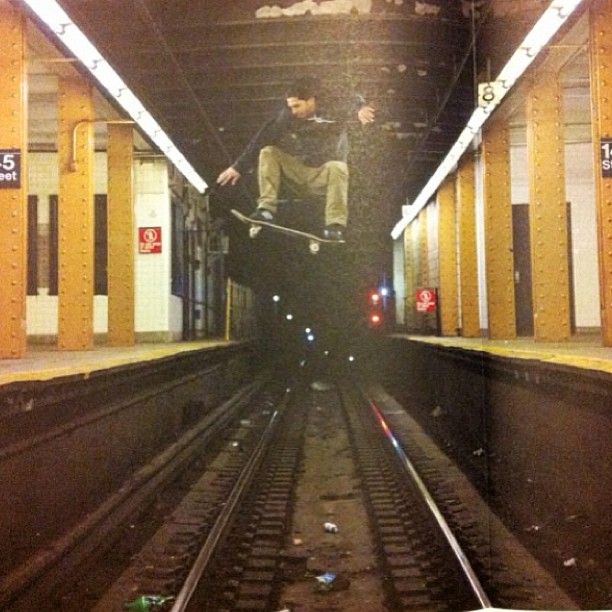 A grab of Allen Ying’s photo shot for his very own 43 Magazine surfaced a few weeks back and had tongues wagging all over the web with this ridiculous subway ollie by Koki Loiaza. This Thursday, Colin Read’s Mandible Claw teaser pushed the gossip even further with the ender footage of Koki Loaiza falling into the tracks from a bail.

Read’s previous edit featuring train related tricks seemed to take a serious leap of faith once Koki turned up. Allen Ying had only met the Floridian for the first time on this very night and speaking to Vice yesterday said: “It was all pretty surreal, but he’s rad. Koki was the only one in our crew who thought he could do it.” 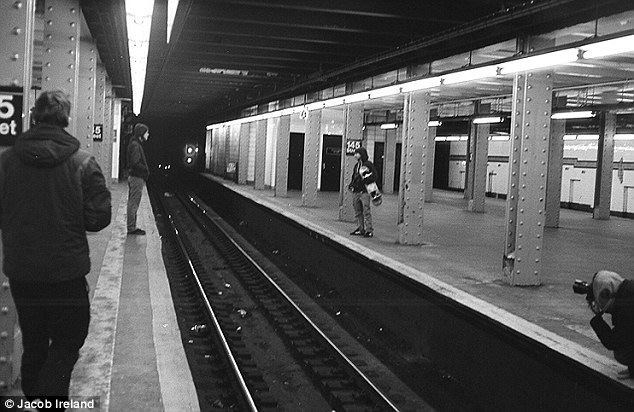 Many have probably stood in a tube station imagining the size of the ollie and the speed needed to clear such a deadly gap but Koki here seems to have been bang up for it when he decided that the 145th Street subway station in Manhattan, New York back in January was his. It’s nothing short of mind blowing and certainly must have been a nervous shoot. Many people die from regular tube disasters in daily life, be it accidents or suicide attempts, but thankfully he lived to tell the tale.

Photographer Allen Ying has also been quoted as saying that: “There were a mix of people who were worried and scared and excited. People who ride the subway that late don’t have much else to excite them.” Just imagine standing there witnessing that?! Watching him pull out at the last minute and possibly falling onto the live rail. “People online have been saying he should’ve come from the other side, so he wasn’t going toward the third rail, but it would have been impossible.” said Ying. “We had scouted the subway pretty well. This spot is probably the only one where that was doable.” 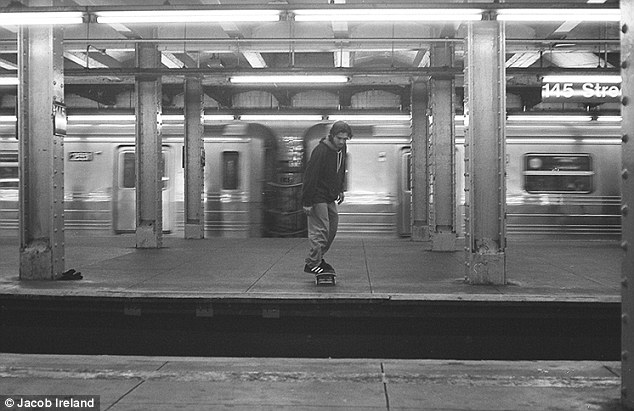 Thankfully by all accounts it didn’t take long until he made a clean ollie to the other side: “We waited till about 5 a.m. to get this trick but it was worth it. I wasn’t sure Koki was going to do it when we went down, but after a few run ups he landed it first try.”

Look out for the footage of this in the forthcoming TENGU: God of Mischief production coming soon from the Mandible Claw. This phenomenal trick aside, there will be much more to look forward to knowing that it was shot in NYC, SF, Tokyo, and Bordeaux. Expect footage of Leo Valls, Connor Kammerer, Alex Davis, Piro Sierra, Carlos Young, Ben Gore, James Coleman, Matt Town, Kennedy Cantrell, Alex Conn, Billy Rohan, TJ Sparks, Alex Fogt, Ryan Barlow, Masaki Ui, Kenji Nakahira, and many more.

Visit www.mandibleclaw.com for updates. The new 43 Magazine is about to drop very soon with much more on how this came together and the actual photograph in all of its original glory (sorry Allen was too good not to share), look out for it.