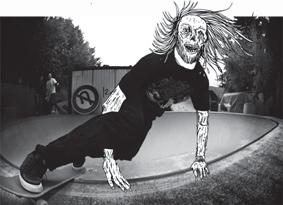 On Friday 13th French gave us the lowdown on his series of exhibitions that started off over the weekend in Brisbane and Sydney. Read words with him to hear about the shows he’s putting on in between skating with the Passport crew and to have a look at those awesome Withcraft beer koozees.

You down under then sport?

So what’s cooking out there?

One show in Brisbane and another in Sydney last Saturday with The Gonz, Ed Templeton and so on: check it. I had one at Nine Lives on Friday with Murdoch Stafford too.

How much stuff did you ship over there?

I had thirteen pieces for the Friday 13th show, five screen prints and twelve for the Sydney show. 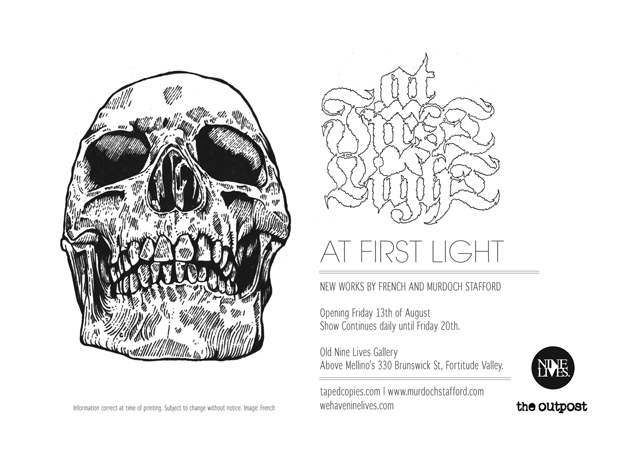 How did this all hook up and were the organisers aware of exactly what was being taken over to be hung?

Joe, the curator of Disorder Disorder paid for my flight to Brisbane and also hooked up the two other shows. He asked me to make eight new horror and gore works for his show, including new Creature graphics, so he saw all of those beforehand.  The theme for Nine Lives was anything with skulls, so I just kept making work for it. The one in Sydney is a mix of new and recent drawings, they know what they are getting.

Yeah. It’s just decks but it’s super new. Not allowed to show the finished stuff though but the drawing is in the show. One’s a Hitz pro model. 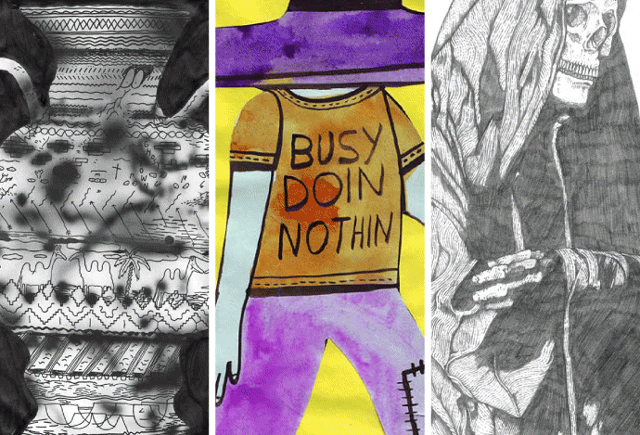 What’s the main difference in the Australian art scene compared to Europe?

Aussies seem switch on to bullshit and don’t take any. People seem to like what they like, it’s rad. Because the scenes are smaller, people are more stoked to have art shows and meet people. It’s really a close-knit thing.

What about the homegrown artists out there?

The metal and record sleeve stuff is great, like Glen Smith and Murdoch Stafford who lives in Brisbane, he’s rad. 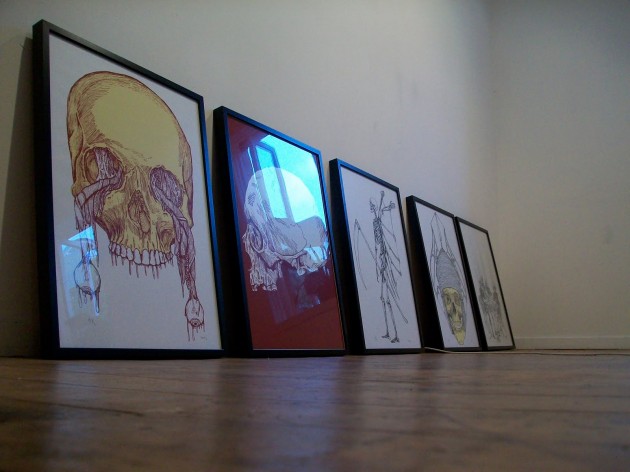 So, I take it you are hooked up and shredding too?

Yeah, I have a good crew of friends in both cities. We skate all day around putting up shows and drink all night.

Brisbane’s epic for parks and street and so is Sydney. Skated a pool under this guy Rob’s house, he makes all the parks and this pool is insane, pool coping and super tight. Apparently it’s super rare to get to skate it.

What’s your involvement with the Midsomer Norton park?

I did the boards and shirts for the opening this weekend. Rad, huh? 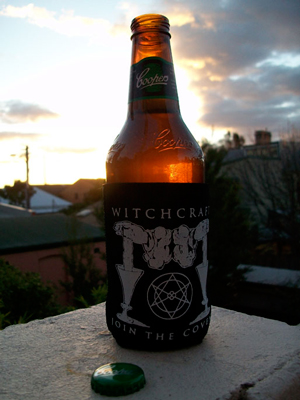 Yeah, the park needs a session and soon. So you been hanging with the Passport crew?

Yeah the Panthers. They rule and are really good guys, the riders are amazing, it’s like Aussie Cliché but better. So, I’ve been hanging with those guys and my friend Sonny Day in Sydney. He and his Mrs do this. He’s down for beers and BBQs, so good.

I take it you are leaving a trail of Witchcraft on your travels?

Hahahaah! Yeah stickers, shirts and beer koozee’s… the new boards are being made in America right now.

Do you only make decks for people with massive feet?

You should make chariot slaying wheels that can cut people up. I would buy them…

Hahaha! I’ll speak to the factory…

Keep up to date with French at www.funeralfrench.blogspot.com 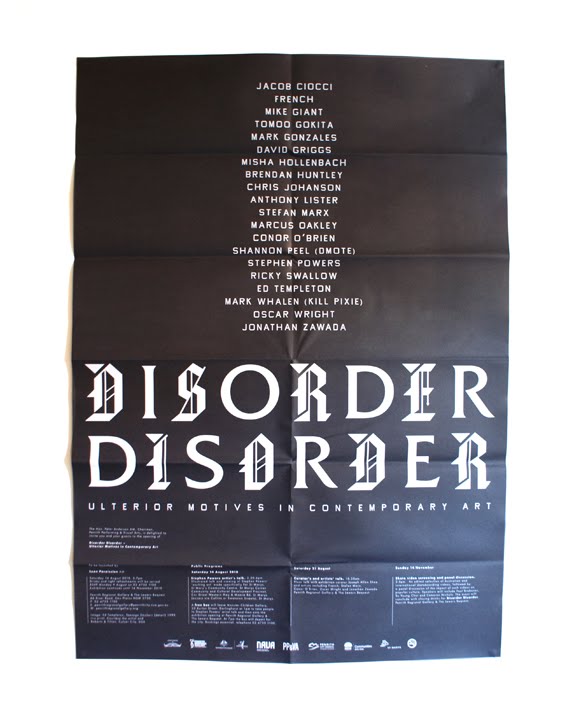