We are so lucky to spend most of our lives appreciating incredible skateboarding on a daily basis, so much so, that it’s easy to forget what goes on outside of the bubble that we live in. This week I was walking down the street only to see X-Factor contestant Matt Cardle walk past me with a deck on his back making me wonder how skateboarding is doing on the other side. This is what was found from a couple of online searches, so grab your branded sick bag and prepare for a little private chunder.

IN INVENTOR FAIL NEWS THIS WEEK: 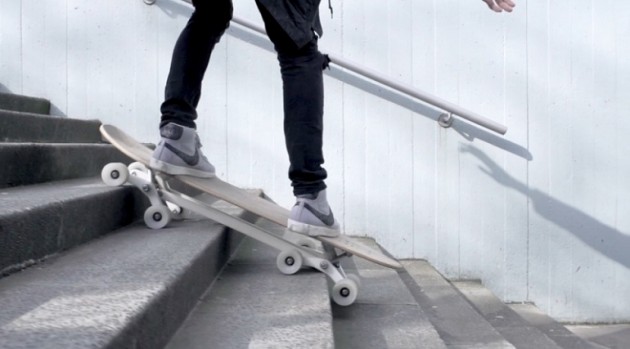 We are sent some real crap on a weekly basis in our contact form. Some of it comes from various corperate PR companies asking if we can put their mainstream toss on our mag, some ask if we can share adverts for corperate events in an exchange for a guest list to extreme festivals, the list goes on. Sometimes we are hit by the jackpot, so witness the new Stair Rover skateboard we were presented with this week.

Product designer PoChih Lai was working on this back in 2010 but has somehow continued in his efforts to create a new design that is absolutely unbelievable. This longboard comes with 8-wheels and is designed to go down stairs. That’s it. Do you need one? Of course not. Lai is possibly the greatest inventor since Thomas Midgley Jr.

One thing we do know is that scooter kids out there will absolutely love it. Order yours today.

“Top brands are taking inspiration from the laid-back cool of the skate park.” That’s the roll call for 2013 in the fashion world. Whilst the industry are hell bent on speeding up their production of polyprop launches the Evening Standard ran a piece this week quoting Southbank (of course) and reminding us that “there’s nothing on Earth cooler than a skater boy.” The words ‘Shoot All Skaters’ certainly apply to this bloke. 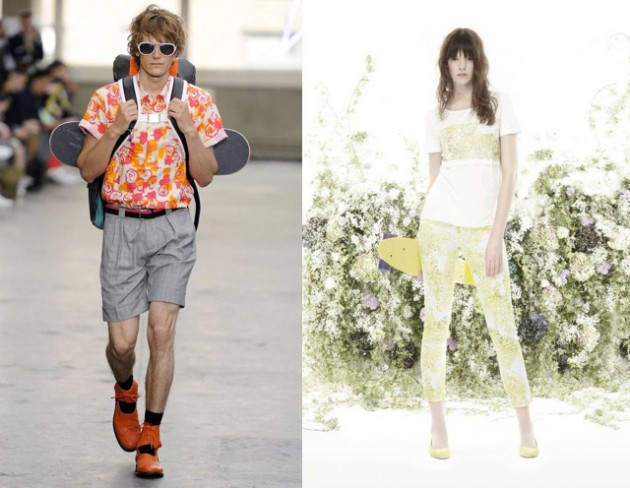 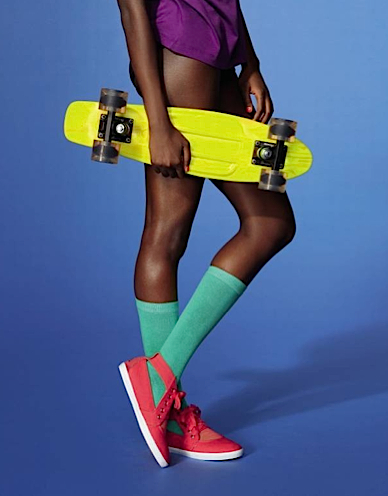 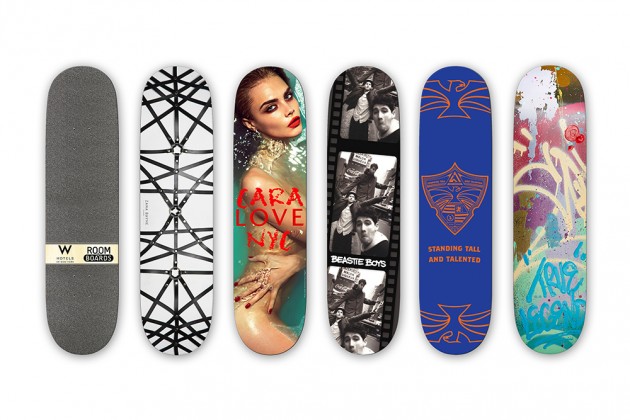 This week also saw the launch of an exclusive deck collection for the W-Hotel network. Yes, that hotel where awful dance music plays 24/7 on every floor and everyone working there, including the cleaners think they are super models. Their NYC branch has been graced with various one off decks from sports, art and fashion tarts, including this dope Beastie Boys deck by photographer David LaChapelle. Others were put together by a bunch of tards such as the Knicks player Amar’e Stoudemire, model Cara Delevingne, graf artist Cope2 and fashion leather designer Zana Bayne (Beyoncé, Lady Gaga). The only cool thing about this is that there’s a charity involved. Press play for a heavy waft of stink-bridge cheese.

I take it you saw this recent Myspace launch advert for proof of what will inevitably fuel the future wave of Facebook generation suicide attempts? Do us all a favour and kill yourselves now…oh, and don’t forget to put it on Youtube, tweet the news your going to do it for attention and stick an image on insta to get approval via ‘likes’. Our thumbs are up.

Seriously, watch this video and try not to puke directly into your screen. 2013 is becoming like that tragic 80s faze when Vision Street Wear were selling their souls to anything that moved. $Dollar-hungry skate rats apply their thoughts here… In 10 years time there will be a lot of people looking back at their involvement in what skateboarding became and absolutely dying from embarrassment. Will it be you? Don’t forget to check yourself in that mirror this weekend.

As the troops head towards the fields of Glastonbury this weekend, other festivals have decided around the boardroom table to cash in on the Long Live Southbank campaign. Right now the SB is the talk of the town. Press officers all over the UK are planning their way of exploiting the wave started by Hold Tight Henry, Chewy and co. Nass Festival decided it was a good idea to use it to promote their event this week. Ben Grove wins an award for this one but the ‘Nice Rollerskates Mate’ award goes to ‘Crissy Criss’. U wil b da coolest at Nass fo’so bruv. Peak.

All of this excitement is making me want to dance: 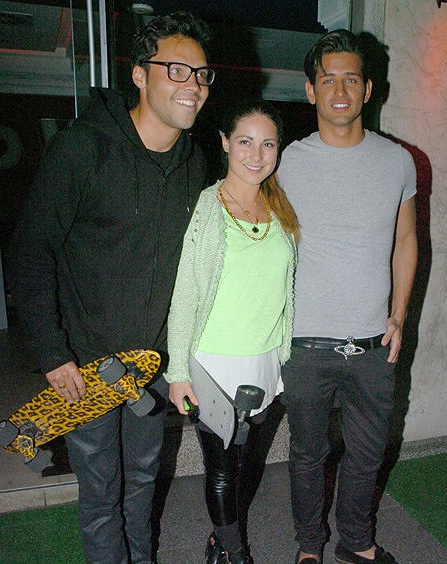 Some dicks from the cringe-filled UK TV show ‘Made In Chelsea’ were snapped arriving at some C-list Birthday party in London this week with polyprop’s under their arms. HOKAY Magazine said they skated there, but the only sweat you will see on these brows is when they are ready to pull the trigger of a cocked gun when they realise just how fucking tragically sad they are. Don’t forget to get to book a spot at the tanning salon this weekend skateboarders, the oompalumpa’s are expecting your call.

It was inevitable that Haroshi’s efforts to carve old skate decks into loveable shapes would be ripped off pretty well out there once the money people got hold of the concept. This latest rip off is an iPhone case made out of recycled decks, and actually, on first look, quite an interesting prospect for some…until they see the price tag. The Skate Case will set you back a cool $149. Bargain. Or you can always make your own from Mob Grip. 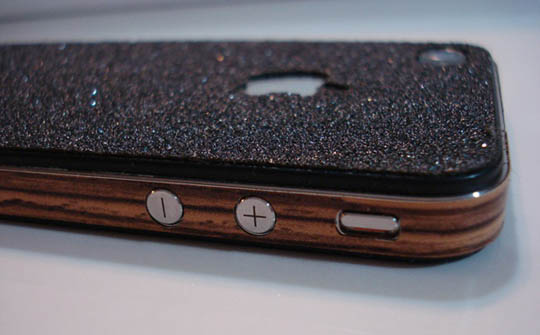 We may as well end this on some good news. Legendary Bones brigade lifer Tony Hawk managed to dust off his first ever skateboard and a have roll on it before it gets archived at the Smithsonian’s National Museum of American History this week. His 40 year old bearings still held their ground. All hail Tony, #chooseskateboarding and back skater owned brands.

If you have any shit you want to include in the next episode of ‘Outside the Bubble’, then drop your crap to us here.