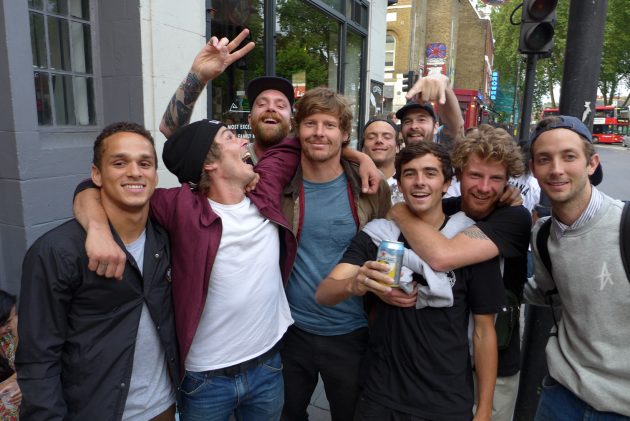 Thirty years of giving everything to any scene is more than dedication, it’s life. In fact it’s all the owners of etnies care about when they get out of bed every morning and nothing has changed since the inception of their first Etnics shoe in 1986, a brand named after the lifestyle of skateboarders, who are always on the move in small tribes.

The name switch to etnies and the addition of the one and only legend, Natas Kaupas only accelerated Pierre André Senizergues and Don Brown’s passion to make etnies the best skate shoe in the world and he we are, 30 years later, still enjoying watching them create the shoes we skate. 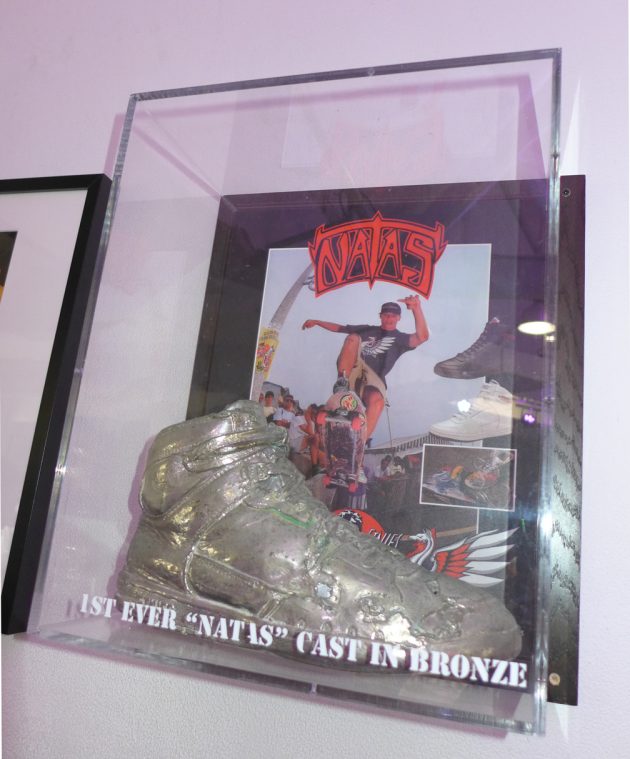 Last night’s gallery opening in Shoreditch, celebrates three decades of skater owned goodness and revealed different pieces of memorabilia from the treasured etnies vaults. At the head of the timeline sat next to Don Brown’s freestyle steez sits a bronzed Natas pro shoe – the very first from the batch that managed to excite an entire generation across the planet. Kaupas is king in these parts and arguably the most influential skateboarder we’ve ever had the pleasure of watching.

This classic tailslide photo, captured by Spike Jonze may be cropped but it’s still one of the best skate photos from that era and sticks out like a sore thumb, just like the first wave of shoes that were made. 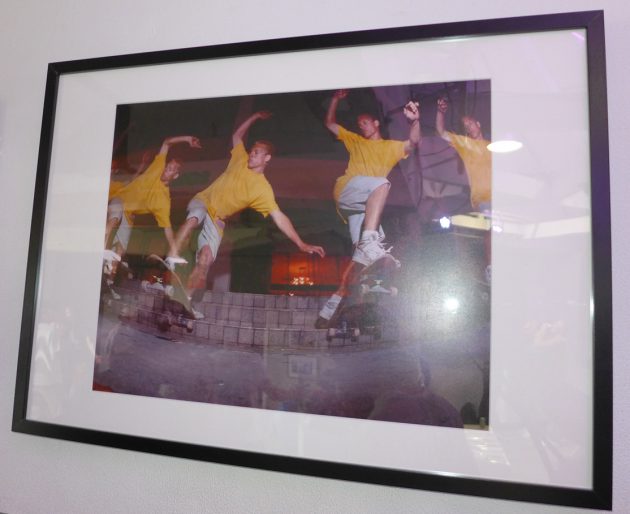 The first designs were as bold as they come and built to last! 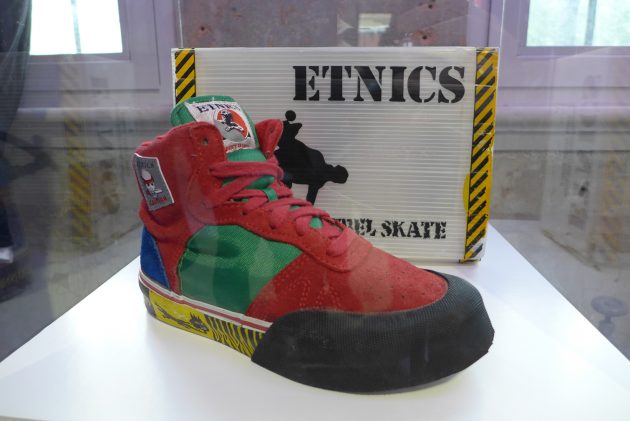 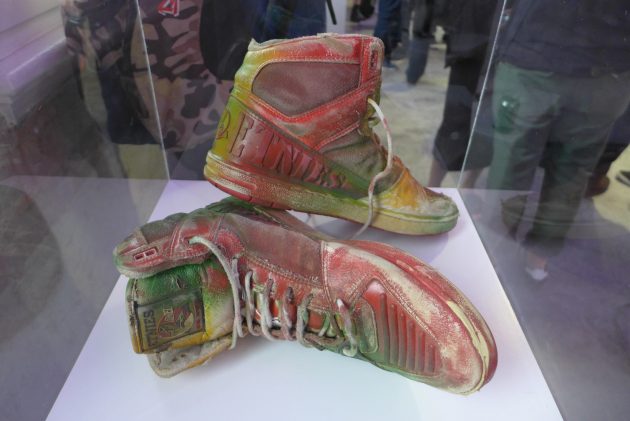 The gallery houses many pro models through golden eras with team riders who have constantly changed the game. From Koston to Creager, Mike Vallely, Tom Penny, Sal Barbier to Saari and Dill, (and so many more) the history of etnies is a timeline of our scene that all skateboarders should be proud to be associated with. The people behind the brands at Sole Tech created what we have today and fought tooth and nail to keep our scene alive, it’s an honour to see all of this history first hand, go see it for yourself before the walls become bare. 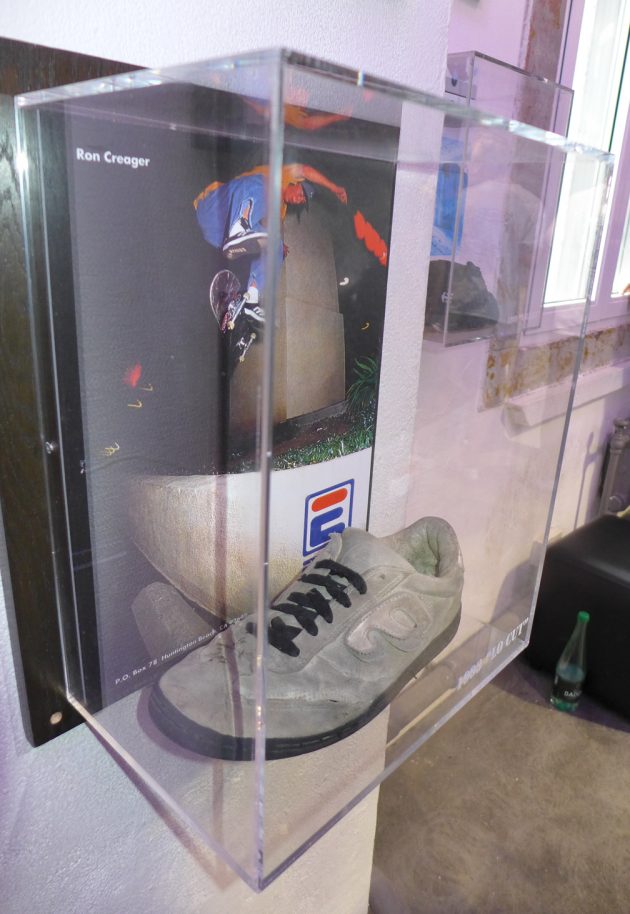 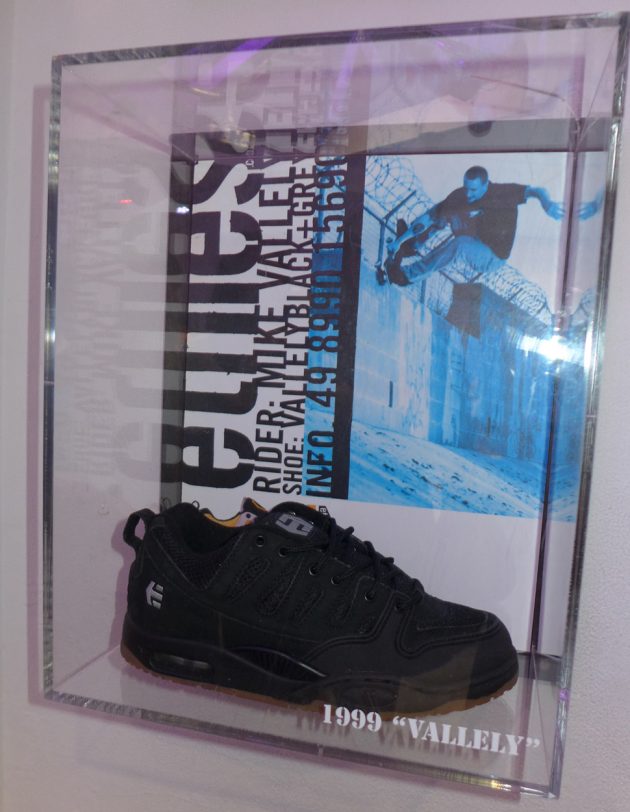 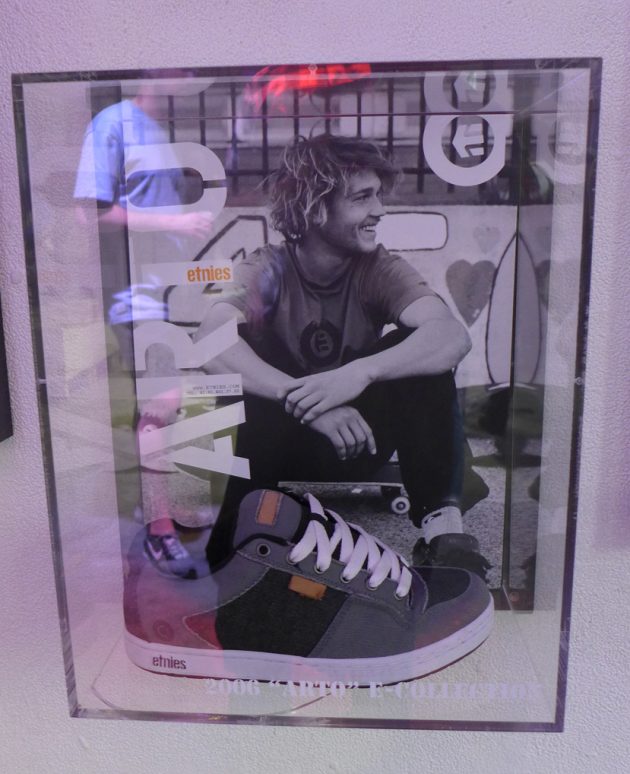 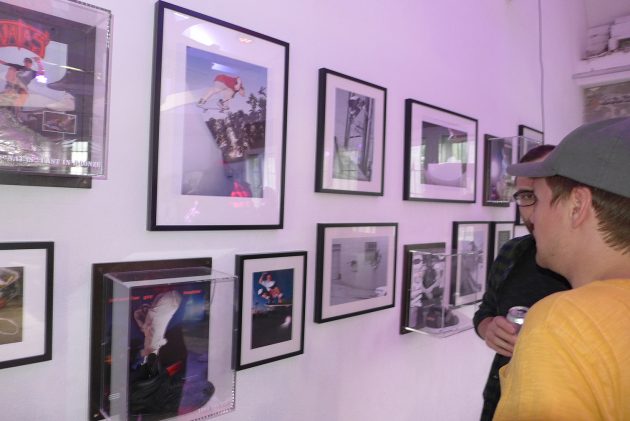 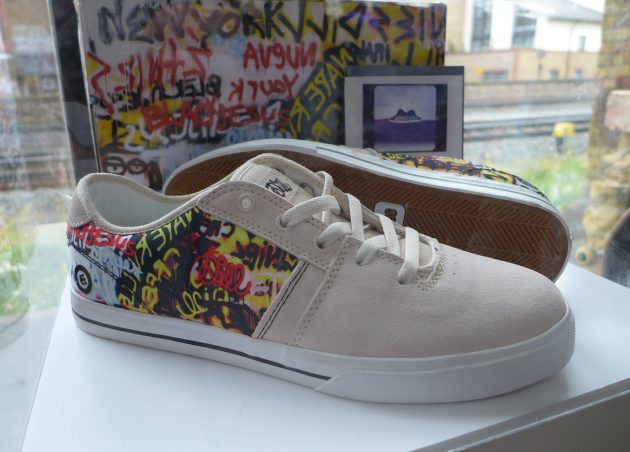 The etnies team consisting of Ryan Sheckler, Chris Joslin, Barney Page, Julian Davidson, Willow, Ryan Lay, Silvester Eduardo and Trevor McClung will be skating through the UK this week, see below for the locations. 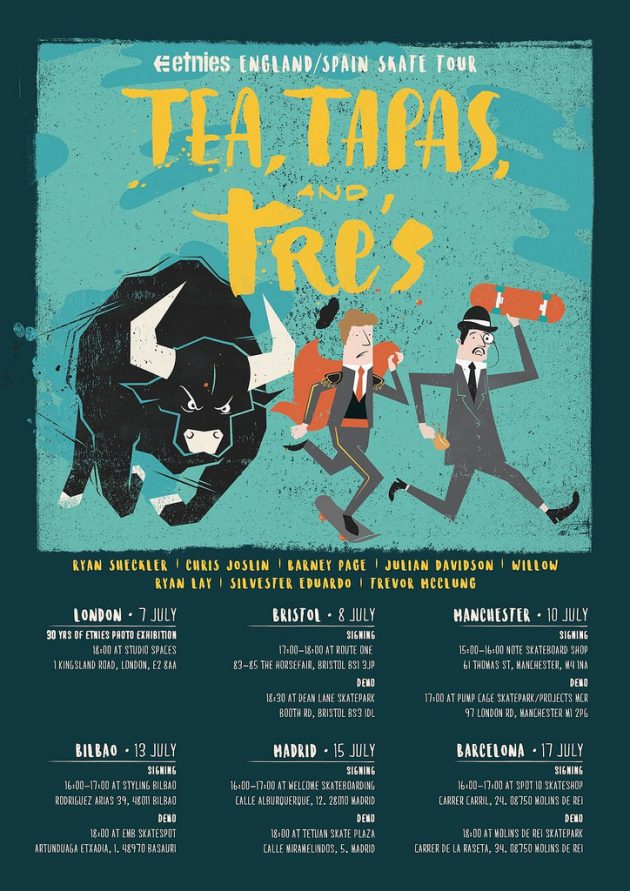