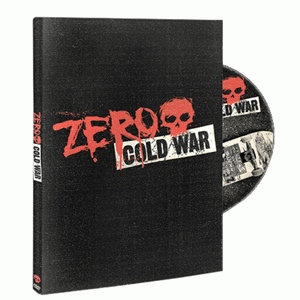 To be honest, I couldn’t see the link between an era of nuclear threats and political tension between the East and West in this video, but Cold War definitely illustrates the fact that the Zero team have their fingers on the button to destroy anything in their path. True to form, this latest video from Jamie Thomas and the boys is a no nonsense thrill ride of very dangerous maneuvers performed at break-neck speed and accompanied by good old rock ‘n’ roll to boot.

Back in the day 5 stair rails evolved into 10 stair rails and the Zero team said 15 was standard. Then 15 turned to 20 and kinks upped the ante. Zero saw the rest of the world slowly catch up and decided kinks were the new 10 stair rails and flat bars had to be at least 15 feet long. Anything less was an insult. In Cold War rails are now 25 stairs long, chest high, kinked in multiple places and if possible with knobs and bends in them for added danger. If the level of progression for this genre of skating continues, we’ll soon be seeing the Zero team seeking out triple kinkers and gaps to rails in the heart of war zones with grenades going off and bullets whizzing by.

The only upset for all this gnarliness is the filming which, when trying to keep the fast pace, pulls our attention away from the fact that Tommy Sandoval just backside nollie heelflipped a massive dirt gap with a knee high barrier at the landing; or Dane Burman just kickflip backside 50-50’d a round rail with a horrible hook of a kink at the bottom ready to snap his bones if he missed the trick.

Speaking more specifically of the riders themselves, first of all I’d like to tip my hat to Jamie Thomas who despite the injuries, professional duties, fatherhood and to be honest age, still manages to get really gnarly with his skating and drop original tricks on infamous hubba’s. It was also great to see the original Misled Youth line up film a trick for this section too.

At the other end of the career spectrum is Tom Karangelov who first hit everyone’s radar when he won Slap’s One in a Million contest a few years back. Tom has kept quiet under the radar but today he’s speaking load and clear with his skating and I don’t know if this is done on purpose but he definitely has something of a Heath Kirchart persona about him when he rides up to massive ledges dressed head to toe in white.

Even though their parts are short, Tony Cervantes and John Rattray are a pleasure to watch. Tony keeps things fairly simple but this is reminiscent of older Zero videos which is cool. John takes care of the long flowing lines and features a very unique way of filming these escapades. It gives the footage real rhythm and makes you want to shred yourself. 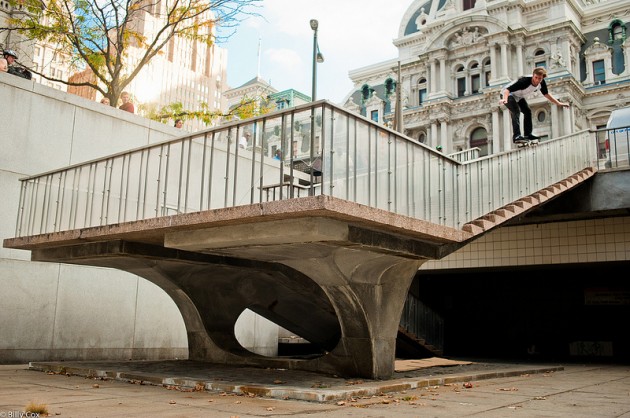 James Brockman is the video opener and gets straight down to business crushing gaps and rails alike. Ben Hatchell is definitely one of these next generation all terrain rippers who can grind a 30 stair rail just as easily as he can blunt flip out a deep-end pool tranny. Chris Cole seems to have stepped away from gaps as large as Wallenberg to focus on pushing the tech envelope with rails, ledges and gaps. His part also features a cameo by gentle giant Ed Duff. Expect to see and hear more from him in the near future.

Finally, the biggest and baddest stunts are split between Tommy Sandoval and Dane Burman. Either one of them could have scored the last part judging by the wreckless abandon they use to tackle massive drops and rails. The craziest thing out all their jaw-dropping antics is the ease with which they do it. This is the sort of stuff legends are made of.

The last couple of Zero videos may be distant, but like a wine that has aged well, the Zero team present something brilliant and rare yet true to their origins with Cold War. An old fan will feel the same rush watching this as they did watching Misled Youth, whilst the younger fan will feel like a whole new level has been reached with regards to stunt skating. I still can’t find the link between the title and historical fact but in any case this Cold War has definitely turned up the heat for everyone.

Available on DVD (with extras) in skate shops now or downloadable on iTunes.