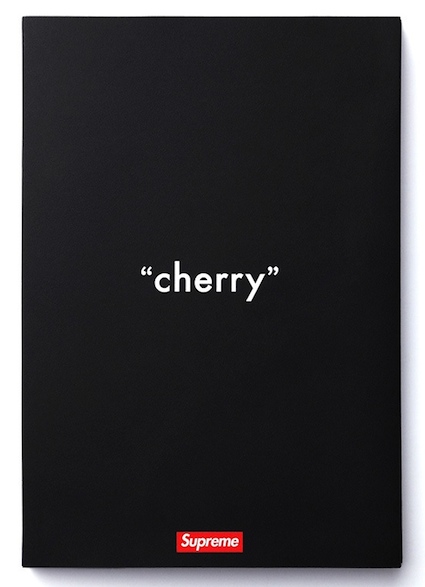 Ever since the Supreme skate shop opened its doors 20 years ago in 1994, they have maintained a position at the forefront of great skateboarding and street fashion. William Strobeck’s “cherry“, their first full length video since Thomas Campbell filmed A Love Supreme for the store back in 1995, is a testament to this fact and secures their position as leaders rather than followers for the next couple of decades to come.

Over the last 20 years, Supreme has established strong connections with skateboarders, artists, musicians, models and other cultural icons that stretch from New York to Los Angeles and London to Japan. The aesthetic influence of what looks good is as thick as the bold white lettering of the infamous red and white Supreme logo. Whether it’s neatly pressed chinos and crisp white vests, or bodies locked into statuesque post-trick poses and outspoken rants about other social groups, “cherry” captures and documents the notion of style rather completely.

The composition of “cherry” is very distinct from other contemporary skateboard videos and this is due to the filming and editing technique of master lens man William Strobeck who prefers to focus in on the action rather than stage a scene with multiple angles; and document the environment surrounding the tricks both spatially and temporarily. The end result makes the viewer feel like they were witness to or part of an actual session.

Stepping away from the tired format that skateboard videos always use, in other words the opener and ender with individual less climatic sections peppered in-between, “cherry” is a 40 minute montage that features the new, the current and the established generations of great skateboarders. Nobody’s names are mentioned explicitly, but this doesn’t really matter because everything just looks good – as it should. A couple of young kids rolling out trick after trick into and off the infamous New York Supreme Court spot; the perfection performed by the biggest names in skateboarding today in famed Los Angeles school yards; or the uniqueness of street skating’s pioneers – these are the elements that make “cherry” a pleasure to watch.

Gif right: Tyshawn Jones is one of many upcomers in this flick to look out for.

For a skate shop video, “cherry” sits more than a head above the rest of its counterparts. Obviously the line-up of featured skateboarders plays a factor in this dominance with Gonz, Rieder, Olson and Dill amongst the household names, but it’s also due to the fact that the younger generation of kids that represent Supreme today, and set the standard for things to come, roll deep within their city streets and push things a lot further than a few quick powerslides sessions at the local concrete park. Whilst the rest of skateboarding feed us the classic notion that professionals and amateurs are in a constant race to out bid one another at the latest hot spot, the Supreme crew are skating together and everywhere their inner city offers them.

Naysayers will be quick to criticize the high-fashion, short trouser legs and haircuts featured within this video, but they will be hard pressed to not agree that the skateboarding – which after all is the main purpose Supreme and Strobeck made this video and we’re even talking about it! – is damn impressive. You can be certain that “cherry” is going to be an incredibly strong influence within skateboarding over the next couple of years and a cultural reference 20 years from now.

Like New York legend Henry Jumanji says “The future’s right here. Don’t forget because the little kids they pass by and you pay no mind. But they’re gonna come back 10 years later and eat you alive. Respect the youth, they’re getting restless.”

Available on DVD or from iTunes now. 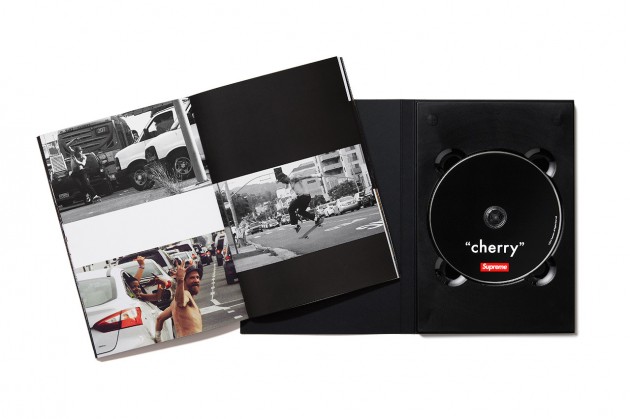 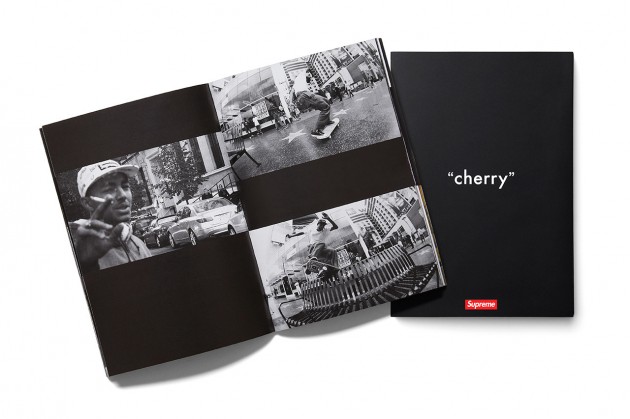