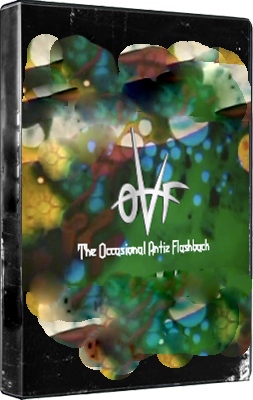 Antiz are the European underground champions. No-one is rolling on energy drink money or putting their face on popular websites. The team is busy skating, travelling and pushing a skater-owned skater-run company that gets stronger with every push.

Antiz’s latest video Occasional Antiz Flashback (OAF) is testimony to the notoriety of the riders. As per usual, master lens man Paul Labadie and the team have brainstormed an original theme to run through the 58-minute screening. Probably the most recognised rider, Steve Forstner presents each of his teammates à la Spinal Tap with self-mockery. The skits are witty and short that means you won’t be stretching for the fast forward button on your controller.

Without listing endless tricks and spots, there is one common element to the skateboarding the Antiz team put on display and that is versatility. All of the skaters ride everything. Obviously some handle specific terrain better than others (e.g. Aaron Sweeney, sole UK rider and transition terrorist), but everyone is well balanced on steep banks, gaps, quarterpipes, rails or flatground alike. This also means that there are plenty of original spots on show. During the filming of OAF, the Antiz team took the unknown path and unearthed some sick locations even in a city like Barcelona that has been under intense scrutiny for a while now.

So, with the ability to skate everything and travel anywhere, it is great to see that Antiz have incorporated the talent of new riders that fit the mould very well. Michel Mahringer from Austria takes care of rolling through spots like a wrecking ball whilst Samu Karvonen from Finland shines on technicality and light footed swiftness. Finally, Dallas Rockvam from the Unites States of America comes through with all terrain vehicle skills as he tames everything from tramline spots to hair-raising roll-ins.

This truly international infusion does not take away from the original members like Julian Dykmans, Hugo Liard, Julian Furones and Julien Bachelier. Old dogs learn new tricks and age well like fine wine. In fact, the emphasis of age can be scrapped because none of the above seems to be slowing down even if the slams get harder.

OAF is very thorough video that packs a punch. At almost an hour in length and two additional sections dedicated to friends and flow riders, the video deserves your attention for the first couple of viewings. After that, you can skip to anyone’s part and get pumped to skate. The doctor recommends an occasional Antiz flashback for every skateboard addict!

Watch Michel Michel Mahringer’s section below and don’t forget you can download the full length DVD for free at the Antiz site.