Festival Republic yesterday announced that the Reading and Leeds Festival will be announcing their second headline act on Monday 4th February.

So far legendary rapper Eminem has been announced to headline, with acts such as Deftones, Boy Better Know, Alt-J and Sub Focus also playing. Festival organiser Melvin Benn recently announced that there will be a Dance stage and Radio 1Xtra stage for the first time ever, with the arenas expanding by 25%.

2012 saw Foo Fighters, Kasabian and The Cure headline alongside acts such as Paramore, Florence and The Machine.

Check back here on Monday to see who the second headliner is! 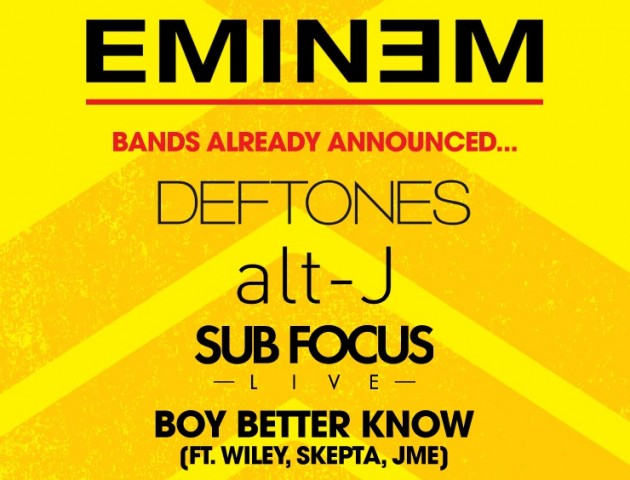