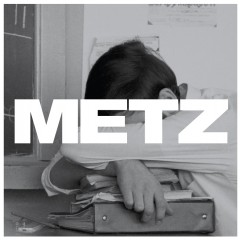 The Polaris Music Prize is a non-profit organisation that annually celebrates and honors Canadian music by marketing the albums deemed to have the highest artistic integrity, regardless of musical genre or sales figures, as judged by a panel of select music critics.

Today they have announced a collaboration with Rough Trade East for their first UK event. On Friday August 30th Rough Trade will host a ‘Polaris Day’ with the 10 shortlisted albums for the award played back to back in store all day. Following this, a discussion panel made up of journalists from Rock Sound, iD, Q and Drowned In Sound will assemble in the evening for debate.

Issues on the table include specifically the 10 shortlisted artists for the Polaris Prize, and the long list, music journalism in general, taking a look at the differences between the Mercury Prize and their own Canadian accolade, and why a great deal of Canadian acts manage to grab a foothold here in the UK before their homelands.