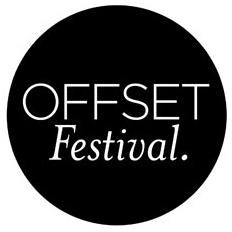 As I packed my bag for one of the last summer festivals of 2010 I started to reflect on what I had seen this summer. This year’s festivals had thrown up a mix of incredible acts, old and new, in the muddy locations we know and love.

But it was time to downsize, chill out and experience Offset – a miniaturized festival in sleepy Hainault Forest.

On arrival I passed some unlikely scenes on a festival site. I had to negotiate Saturday morning dog walkers, families and kite flyers to get my car near any of the action. Everything was running smoothly, and there seemed to be more security than punters at this point. I parked up and checked out the site.

After getting over my initial thought of ‘is this it?’, I realized that a site this small breeds an entirely different kind of festival. I’d estimate tickets sales of about three thousand, meaning there was space to move freely, see bands up close, and have a civilized conversation with the couple on the picnic blanket next to you.

People describe Offset as the festival for people who don’t like festivals, which now I completely understand. The clientele were achingly cool, sporting uniform plaid shirts, vintage jackets, undercuts and expensive sunglasses. The girls in this place looked like they would have a fit if you took their glass of white wine and handed them a pair of wellies and a pack of baby wipes. I guess that’s why the campsite was so tame and nearly empty, everyone voting to go home at night to come back showered and sporting a new vintage outfit the next day. 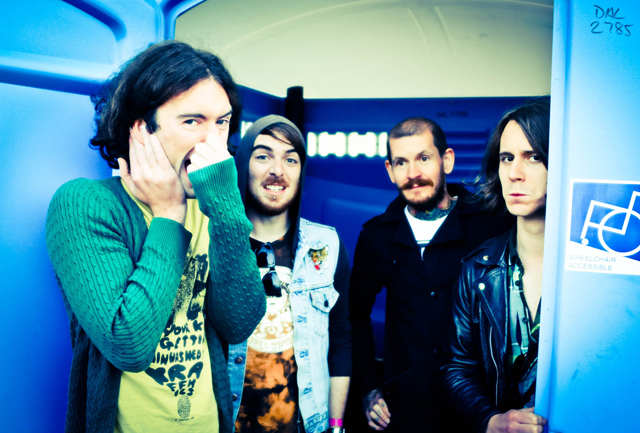 Although no one is cooler than Pulled Apart By Horses.

But down to the music. Offset had pulled a line-up of great small bands. Perfect for the type who couldn’t be seen to be indulging in the mainstream.

The Saturday lineup was fairly unknown until about 6pm, when Good Shoes took to the stage. Before then were treated to some bizarre sights and sounds, including Japanese metal four-piece, Bo Ningen, whose cult following made for a scary looking audience. The singer wasn’t content with the performance until he had scaled the main stage, climbing through the scaffolding like a rebellious child.

Also on Saturday morning was Invasion, whose music was of a similar style was enough to wake you up from a coma.  Their singer chose to wear a full length wizard’s outfit in Cadbury’s purple. At least it beat the uniform of vintage throw-backs and undercuts.

Good Shoes were a welcome change of scene, and drew the crowds as one of the more established small bands. Although I love these guys, sadly I don’t think they’ll ever be more than a great small band, but that doesn’t stop me going to see them again and again.

Next up was Art Brut, who have been quiet on the festival scene for a couple of years. This didn’t stop people going crazy for them. At one point Eddie launched into the crowd continuing to sing, word perfect, despite being knee deep in trendy London teenagers. Next thing he had tamed the crowd, and they were all sat round his feet bringing a new meaning to an intimate show. 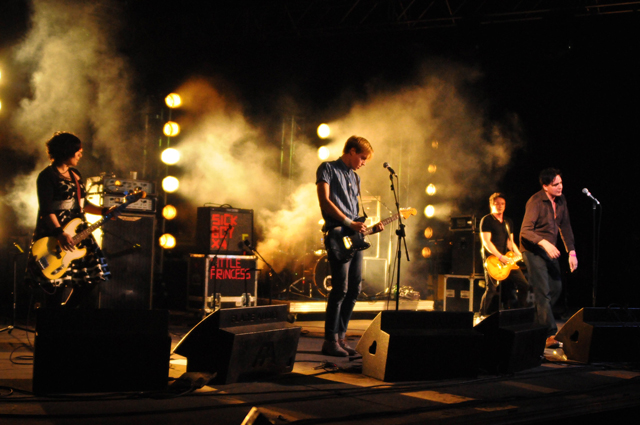 By the time Mystery Jets came on this tame lot had got their voices back, keen to show their support for the band. Blaine, the world’s most nervous looking front man, charmed the front rows into singing along adoringly.

Their set seemed to fly by, even though they played loads of old stuff, almost all of Twenty One and a few songs from their new album ‘Serotonin’ which came out at the beginning of the summer.  As the most popular name on the line up, the boys definitely didn’t disappoint. They were a perfect headliner for this festival. 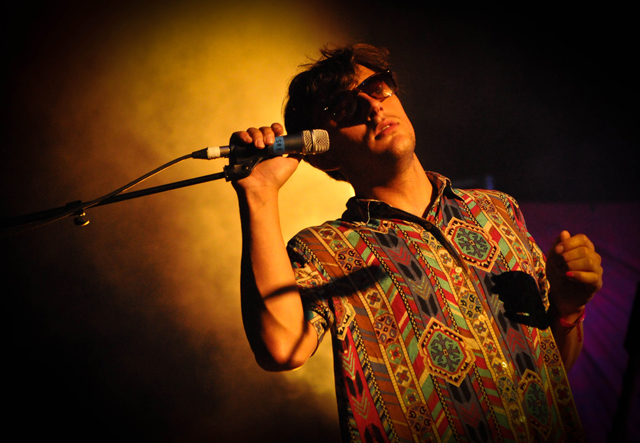 On to day two and a band had showed up that I had wanted to meet for a long time, the soon to be massive Pulled Apart By Horses. When this Leeds band took to the stage they apparently broke the laws of physics, I swear guitarist James spent more of the set in mid air than he did on firm ground. Now I can see why the press describe them as a photographer’s wet dream. After their ridiculously energetic performance I caught up with them to have a chat and check out the site facilities before they had to dash off to start a massive UK tour. 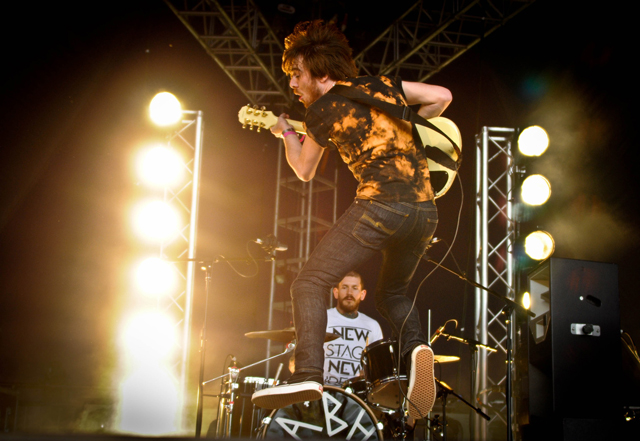 Seriously, no one is cooler than Pulled Apart By Horses

After this point the festival seemed to lose it’s way a little, the remaining acts were an eclectic mix and none of them were particularly well known with the younger crowd. However These New Puritans were a highlight for me, they opened with dramatic attention grabbing drum piece of ‘We Want War’, then appeared from a smoke filled stage. It was hypnotic; I don’t understand why these guys aren’t massive considering they have toured with names like Klaxons and the XX. 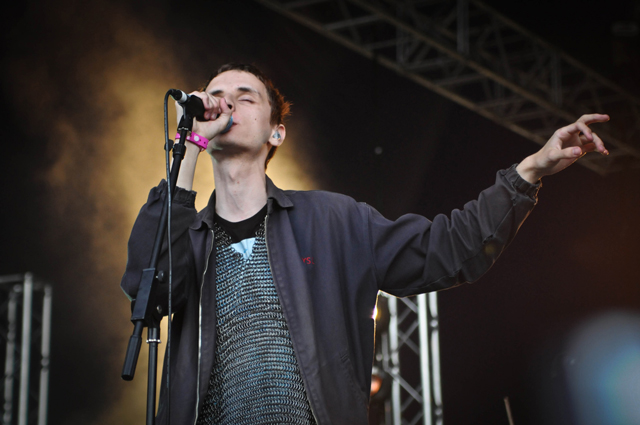 Jack Barnett of These New Puritans

Overall, some of the shows at this festival were amazing. I saw some bands I had wanted to see all summer, and some I’d seen several times. But I’m still not sure if the boutique festival is for me. I like rough edges, I like mud, I like watching drunk 14 year olds on a campsite falling face first into mud and excrement. To me, that’s part of the attraction, being able to get away, see some bands and act like an absolute animal. But if a time ever came when I thought finding an organic smoothie and some hair spray was more important than seeing a great band, I’d probably shoot myself. 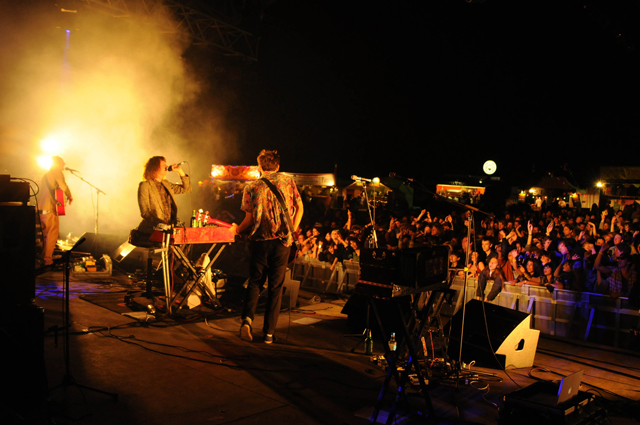 Mystery Jets making the festival their own on Satuday