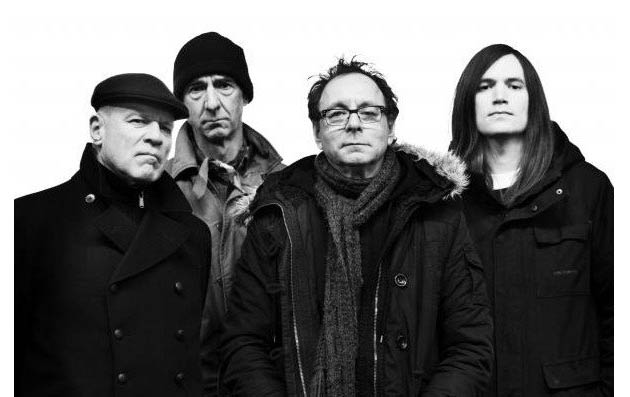 First London, then Seatlle and now the Wire curated DRILL: FESTIVAL is headed for Brighton. December 4th – 7th will see a huge selection of incredible bands, film makers and artists doing their thing across 14 of Brighton’s music venues.

The event will feature a one-off collaboration between WIRE and SWANS, uniting to perform an extended rendition of the infamous Wire track, ‘Drill’. As well as an appearence from the ‘Pinkflag Guitar Orchestra’ which sees Wire joined onstage by collaborators old and new to play an extended and improvised version of ‘Pink flag’ at ear splitting volume. In addition to these exciting prospects, DRILL: BRIGHTON will also host performances from Courtney Barnet, Toy, The Wytches, Savages, Telegram, God Damn and many others soon to be announced. 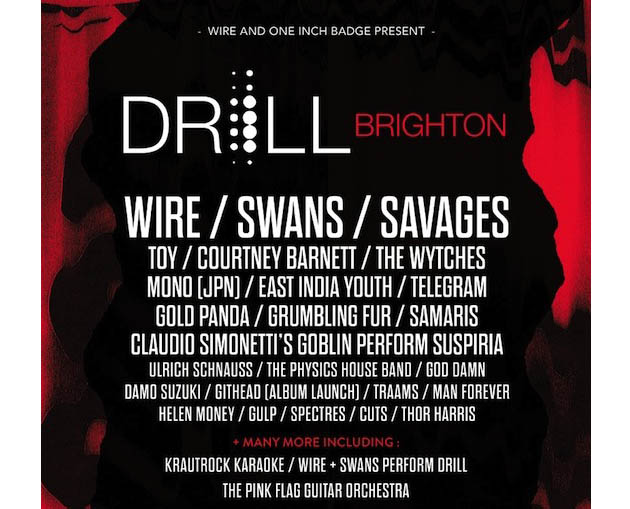