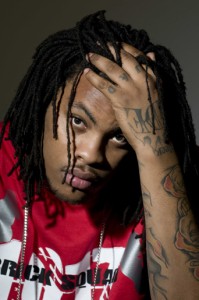 The man with the most memorable name in rap, Waka Flocka Flame, has a new single coming out in the UK.

No Hands, which features guest spots from Roscoe Dash and Wale, has already proved a huge hit in the States, selling over a million copies and will be released in the UK on April 18th. With an army of fans thanks to his Lex Luger produced anthem Hard In Da Paint, it’s only a matter of time before Waka is massive over here too.

Get it going by watching the video below.