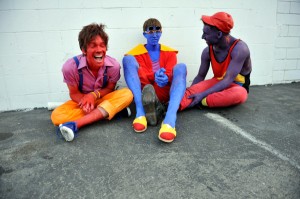 New York three-piece fun. are due to release their new single ‘Walking The Dog‘ on November 22nd, coinciding with their upcoming UK dates supporting Paramore on their arena tour.

You can watch the video for the track below, which looks like it’s taken some influence from the garish colour schemes and ghetto editing jobs of Tim and Eric Awesome Show, Great Job – which would be absolutely rad if true. Either way, it’s appropriately ‘fun’ and hugely colourful.

You can catch the band at the following dates…