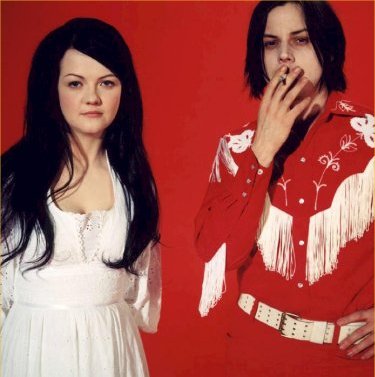 The White Stripes announced they had split up last night via their website. Having not played live for a few years now and various other projects taking preference, Jack and Meg have parted ways (for now) and left this message for die hard fans:

“The White Stripes do not belong to Meg and Jack anymore, The White Stripes belongs to you now and you can do with it whatever you want. The beauty of art and music is that it can last forever if people want it to.”

Jim Diamond must be still dancing around his flat to this news. He produced the first two albums and ended up being walked over with big lawyers appointed by White who he quotes in the amazing punk rock book We Never Learn: “Jack White is the greatest meglomaniac rock-star cliche on the earth…The White Stripes sued me, saying I had defamed their name by claiming to be involved with their sound. Well assholes, what does it say on the record cover? At least I didn’t lie under oath. Jack said shit on the stand like the only reason he came to me (to produce and record the first 2 records) was because he didn’t have gas money to get to another studio.”