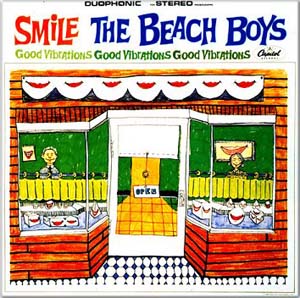 Beach Boys fans will be stoked to know that the original version of Smile will finally be released this summer. This majority of the tracks on this record have been released on other albums, most notably the Smiley Smile album that was re-recorded in 1967 and and their 1993 boxset, Good Vibrations: Thirty Years of the Beach Boys that was available in 1993 and Brian Wilson‘s 2004 version where he tackled re-recording the record alone.

Earmarked as the record to follow the popular Pet Sounds, Smile was left on the curtting room floor due to a dispute between the band and label Capital Records and has been in big demand from fans since.

Look out for it when the sun comes up this year as it could well be your sound of the summer.