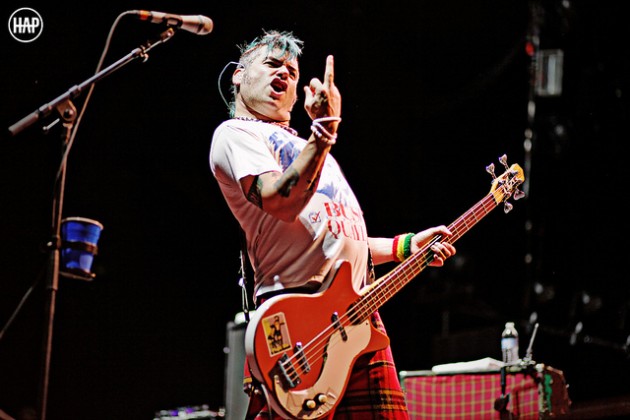 NOFX frontman Fat Mike kicked fan Alex Medak straight in the face after he jumped up on stage and put his arm around the singer’s neck in what looked like a friendly move. The incident happened at a show in Sydney, Australia this week where Mike had apparently mentioned on stage that he had a bad neck, so having some jerk take to the stage and surprise him in the middle of a set probably wasn’t a good idea. His reaction was instant, the fan got a shock of his life and we guess Mike will be regretting this for a bit.

In an age where people will do anything for internet fame though, we believe this guy maybe got what he deserved. Bands are there to perform for you, security are there to protect them from idiots who could have been out to harm, so although Mike becomes the headline today and has had to apologise on his social networks, we salute him. It’s a punk show after all, and this would have been common place at any show back in the 80s. Get over it.

If you are whingeing about it you probably grew up with emo, and remember, this is how that music is made.