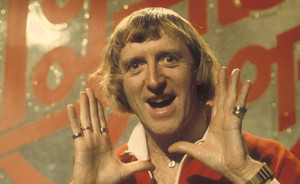 The PIL boxset that has just been released pulled up a rather interesting interview with John Lydon. Allegedly this was recorded by the BBC but never aired back in 1978 when the interview was broadcast, where the Sex Pistols frontman discusses his take on how Jimmy Savile was a total wrong-un and was on his personal hit list.

It seems that Rolling Stones frontman Mick Jagger was also on Lydon’s kill list. This interview is a must listen. Press play.